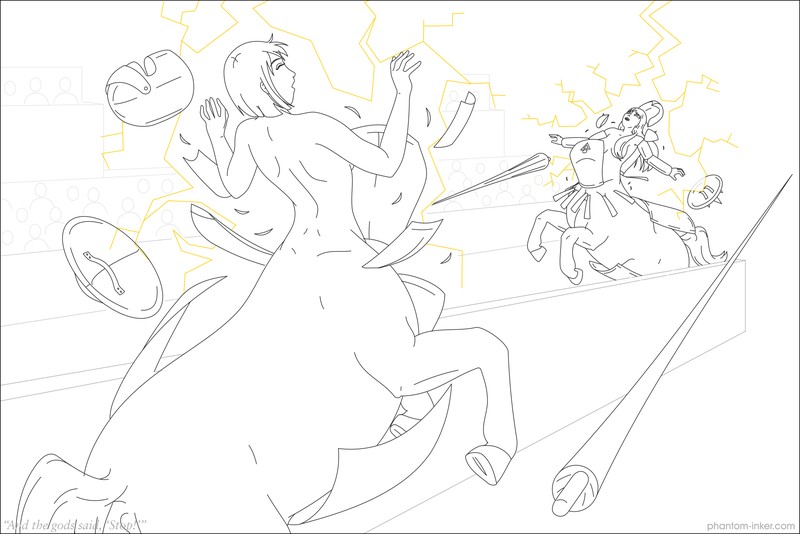 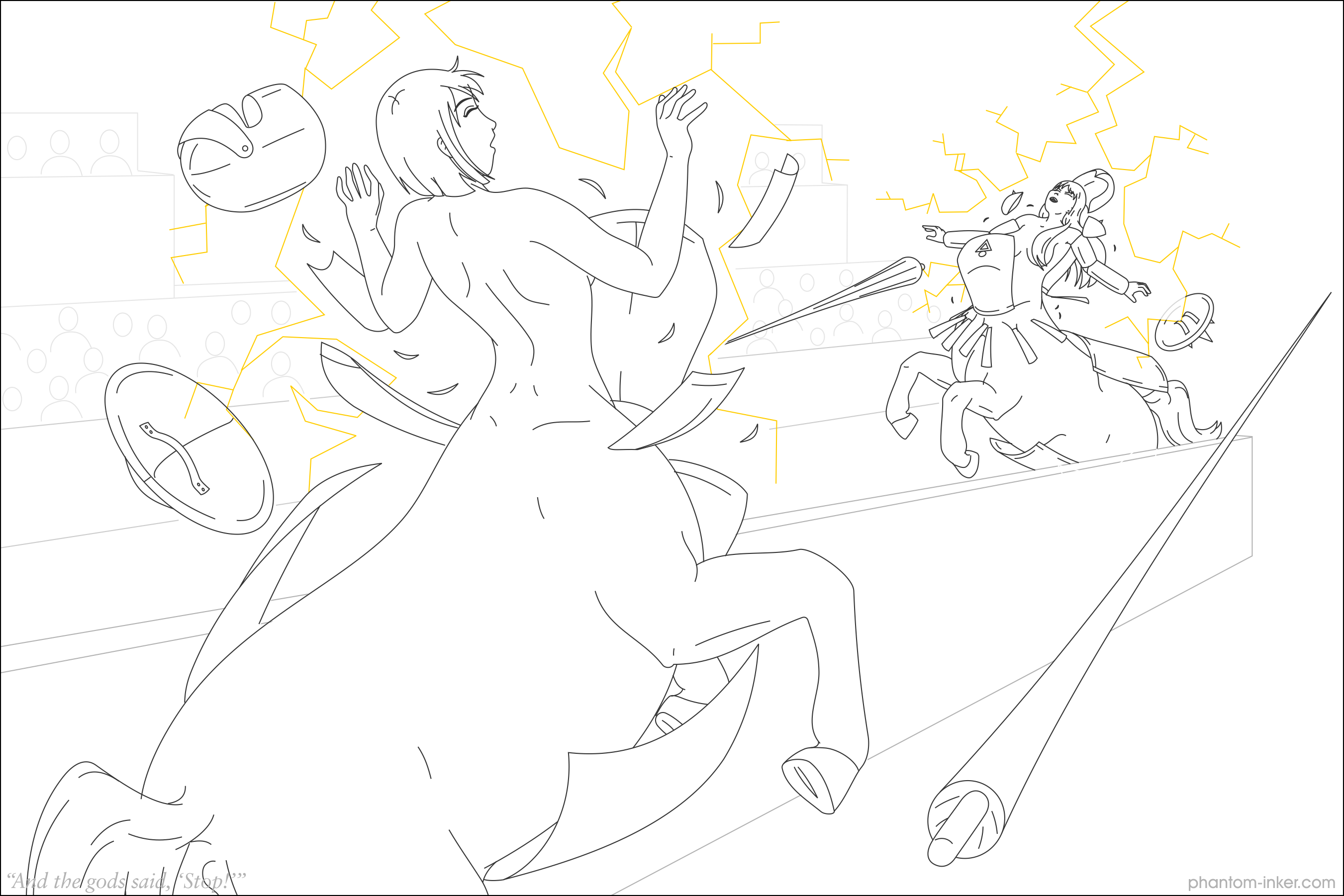 The proud kingdoms of Oslandia and Krecht had fought wars for as long as anyone could remember. A century ago, their kings met, and agreed that they would fight their wars by joust: Rather than sacrifice their peasants (who were quite necessary as the kingdoms' farmers), it was far less costly to place Champions against each other in jousting tournaments.

But by now, none remembered the wars, or why they even fought: This was simply bloodsport, the winner to be celebrated, the loser's corpse to be buried in an unnamed pit. Once, the many deaths in the wars were at least over grievances; now, watching a brutal death was simply a way the people spent their Saturday afternoons. And at long last, the gods had had enough: Quilla, goddess of virtue, won her ancient argument with Ark, god of war, and at this Tournament began her policy of ensuring that any Champions who took up arms against each other would forever have a reminder that they were more similar than they were different.

This is Champion Giertje (geert-yeh) on the left (with the short hair and smooth armor, from Oslandia), and Champion Lein (sounds like lane) on the right (with the long hair and spiky armor, from Krecht), the first pair to discover the gods' new rules about the jousts.

Also, this is based on this comment by themoldysausage which Muse rather liked.

Not marked mature, because everything is just barely covered. >_>

If you want to, feel free to download the high-resolution version and color it. I probably won't; this is as good as it gets.