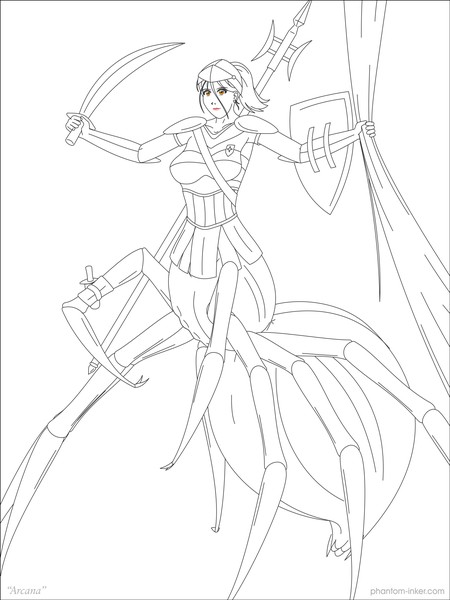 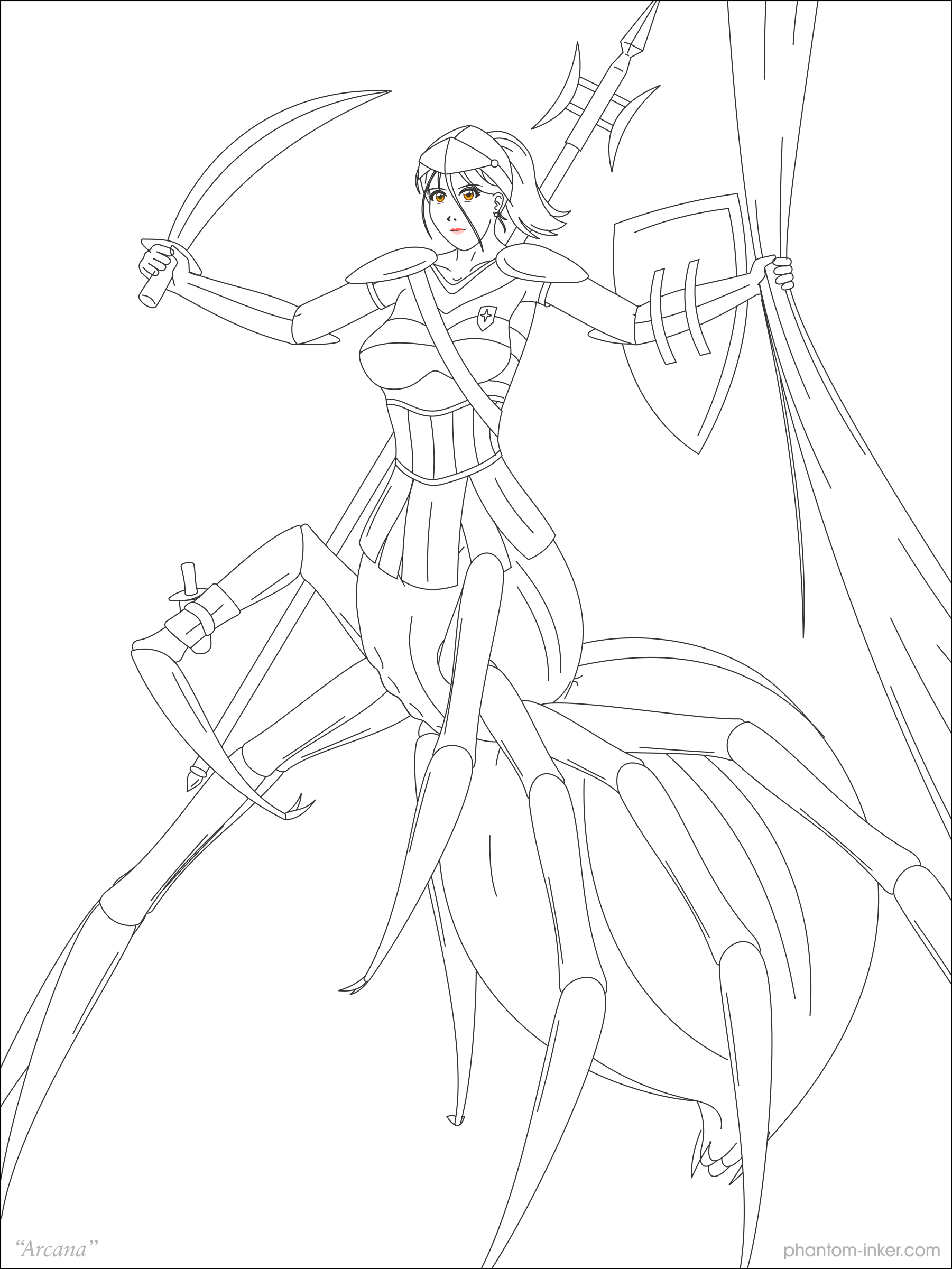 One more picture from this drawing weekend: This is Arcana, or Arc to her friends.

She was found as a teenager by the royal army. She was trapped inside a cage in the dungeon of a wizard's tower, found after they'd destroyed the wizard. She was presumably once human, and her real name was presumably once Claire, since that's what it said on the cage, but she has no memory of anything before they found her. There was much debate within the army over what to do with her, and eventually the Princess herself stepped in to ask the monster girl what she wanted: All Arcana really wanted was to find out who she really was and where she came from. The army agreed to train her, and she rose through the ranks and is now an army captain. She has a good job, the ear of the Princess herself, and is loved and respected by her colleagues, and greatly feared by the Kingdom's enemies. But she still only knows a few snippets of her history, and still seeks the answer for what happened and who she really is.

So, yeah, strong spider girl. This went through a few revisions before the copy you see here, but I like how she turned out, for the most part (not a big fan of her hands, but whatever). She's simultaneously strong, empowered, and dangerous, but also has a delicate and feminine side too. No idea what the rest of her colors are, but I like the orange-gold eyes.