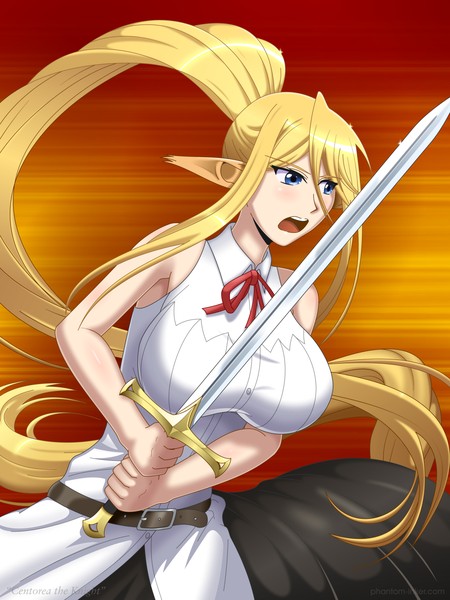 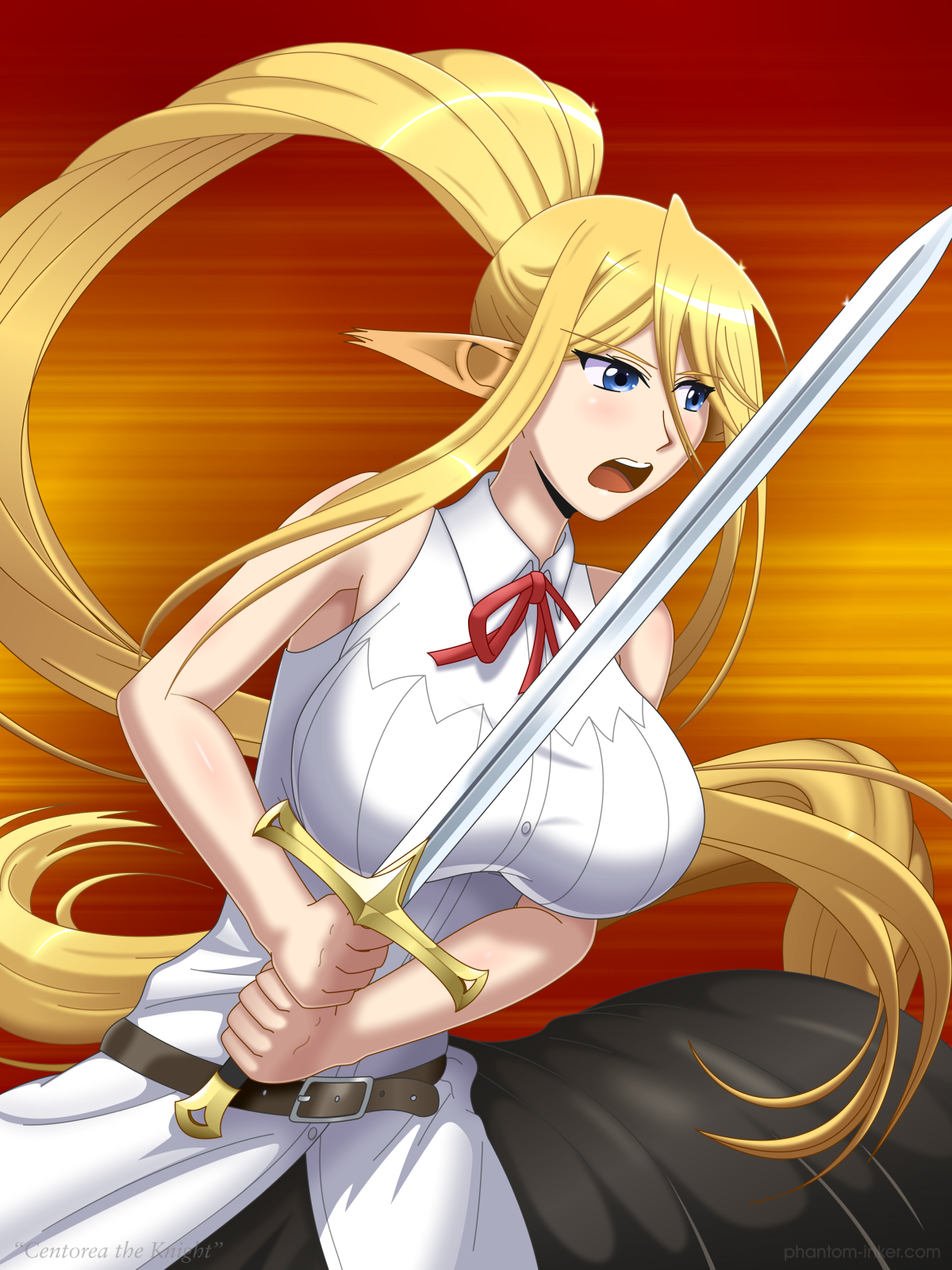 I'm long overdue for drawing the lovely Centorea Shianus properly. She's arguably one of the most famous centaur girls in the world, and yet I haven't drawn her until now. So here she is, being both gorgeous and badass, like we all know she can be. In my headcanon, that sword is not a replica, and she's about to do some major damage to some bad guys, for justice.

I tried hard to mimic the style of the manga as closely as I could; I wanted her coloring and appearance to look like it really was something that could've been published on one of the manga covers. I don't think I quite got it perfect, but Cerea's at least recognizable, I think.

So there you go. About time I drew her right, don't you think?

As usual, this is all vector art, done in CorelDRAW, with a mouse. Took maybe twenty or thirty hours total, not too bad, really. A high-resolution version can be found on the Patreon for Fans.