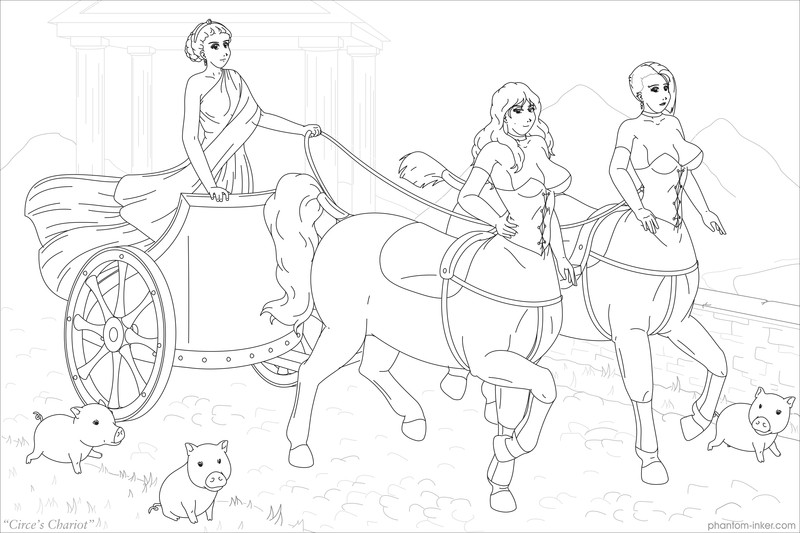 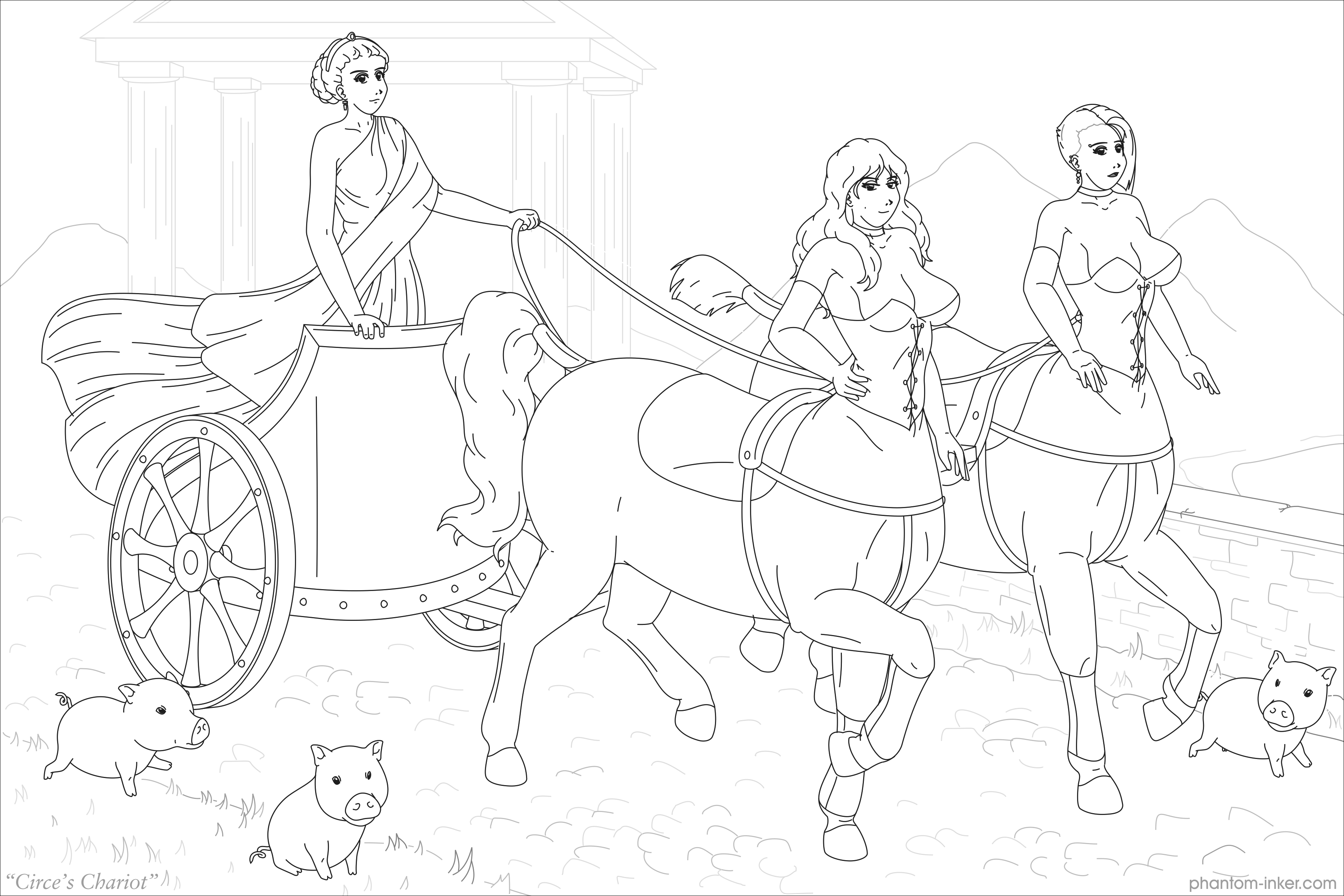 Many tales are told of the witch-goddess Circe: And most tell of how she ruins men by changing them into pigs.

But few tales are told of the women Circe claims. They are changed, too, but they are far from ruined: They are rescued, taken from ruin and despair and offered new lives, hope, and freedom.

These are two such: Pryn and Hestia once each lived on the streets of Athens. Circe came to them and pulled from their nightmares of poverty and abuse, offered them a chance at a new place, a new purpose, and they now willingly and proudly serve their goddess as her celebrated steeds.

Been working on this for a few days now. Circe is well-known to turn men into pigs; and Muse wanted to show her giving women the opposite treatment, turning them into creatures that are beautiful, capable, and strong.

Also, not all of Circe's transformed girls are centaurs: She has mermaids guarding waters around the island, harpies protecting the skies, and nagas who are her fierce private guards, among others. There are maybe fifty now, and they all protect and care for each other like a family.

So... yeah, as usual, Muse gave me more backstory than any picture really needs. So alternatively: Here's the goddess Circe, riding in a chariot, pulled by centaur women, while pigs chase after them.

Not sure how many hours in total. Maybe ten or twenty. As usual, drawn entirely with CorelDRAW and a mouse, and I'd like to think it's some of my better linework thus far.

...also, feeling generous, so the full high-resolution lineart is available for free download. If anybody wants to color it, feel free. Enjoy! :)