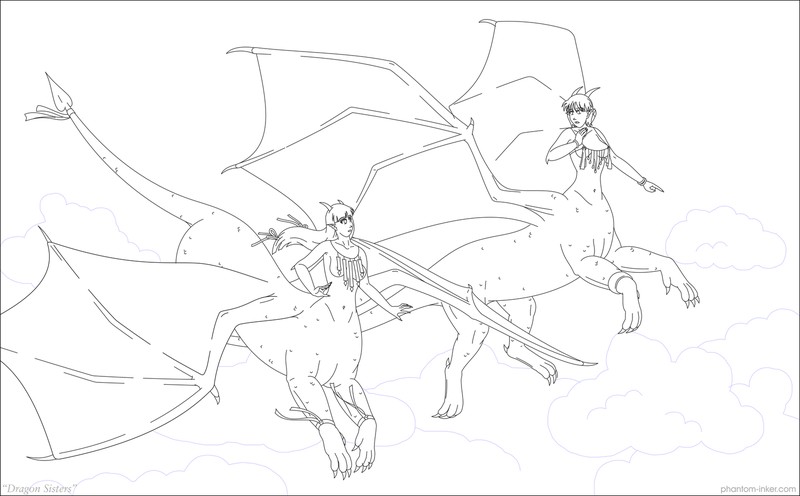 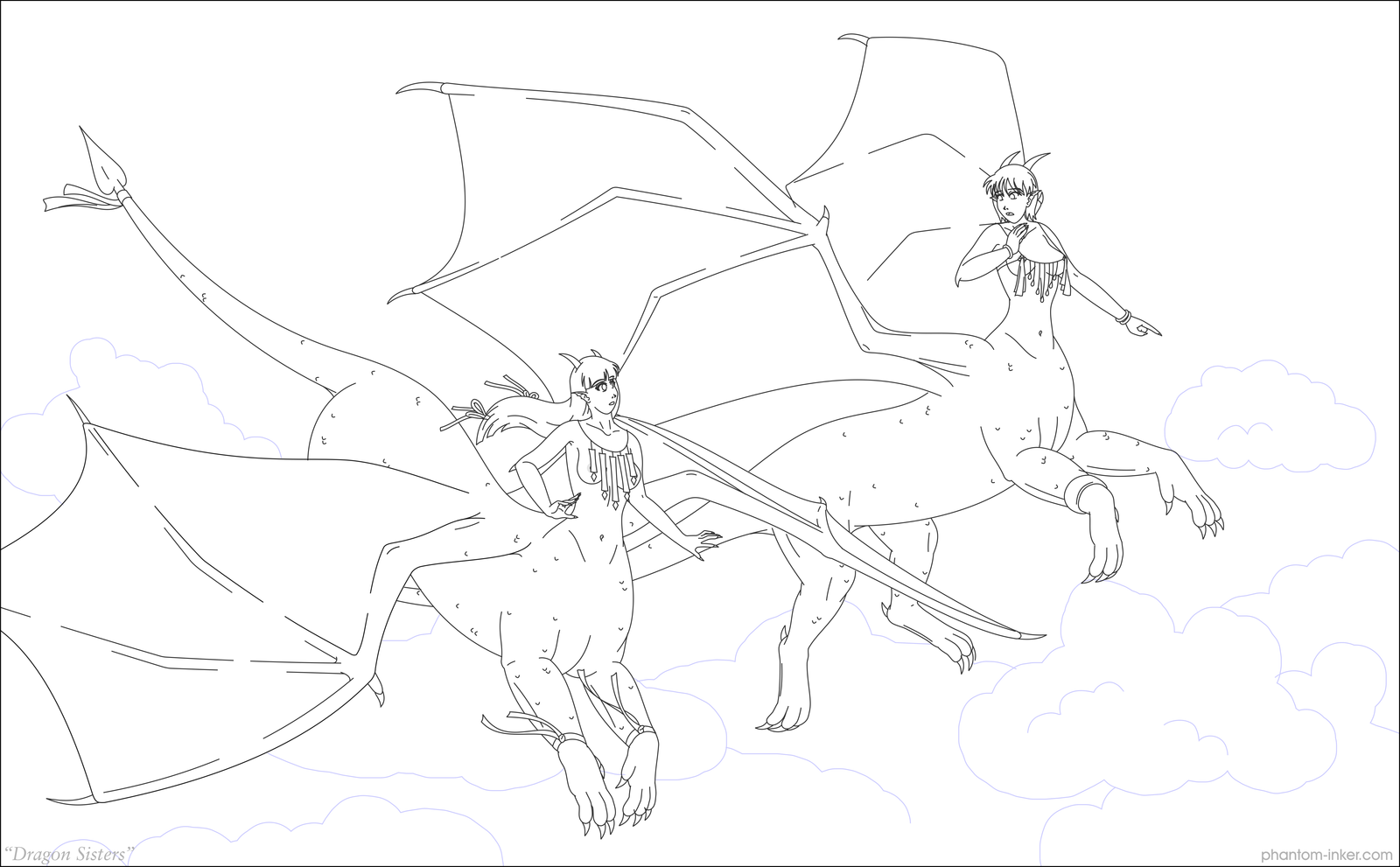 Emmy pointed at the ground. There, far in the distance, was a sheep ranch that they were going to raid. It was out of necessity, really; they could get plenty of mountain goats and deer to eat, but they couldn't easily get anything made of leather or cloth or wood high in the mountains, and there was no way they could simply walk into a village and offer the carpenters or tanners some gold without pitchforks and swords being readied.

It was a meager existence for two girls who had always had a meager existence. It had been worse when they were orphans as children. Emmy still remembered that, but Mara had been very young: As far as she was concerned, they had always been dragon girls, and the only bad thing the wizard had done to them was keep them chained up. Emmy knew better. She remembered all too well the torture he'd put them through to turn them into this. The moment he died, she tore off her chains, iron or not, and she made sure they would be self-sufficient ever after.

Focus. It was time for the raid. Claws poised, Emmy began her dive, her sister ahead of her, and alit on the pasture a little ways ahead of the barn. The door of the barn opened, and a figure came out that she couldn't see through her sister's spread wings. She hopped to the side, and stared. A farm-boy was standing there, about their age, his tousled brown hair waving in the breeze, and he was unarmed.

So... "Dragon Sisters." My wife really likes this drawing, so I've been working on the lineart for a while. Emmy had sat incomplete on my hard drive for a bit, and at my wife's prodding, I finished her and then drew Mara as well.

Check it, yo. Completed line art for a change. I even drew their hands.

The backstory is a bit of what went through my head when I was drawing this: They were orphans, their parents dying of the plague, and a wizard took them off the street and experimented on them, turning them into half-dragons. (It's hard to say what he was trying to do, but it couldn't have been good.) They were ages six and ten at the time, and escaped when one of his other experiments backfired and killed him in the explosion. Since then, they've lived high in the mountains, far from human beings, and occasionally raid the outskirts of villages for provisions.

I can't really decide if this qualifies as nudity or not. I mean, you can see the shapes of their breasts, but that's about it. Of course, they're not wearing pants. This is probably more PG-13 than R, I think, so I'm going to leave the "mature" filter off unless someone complains. They're dressed, or at least covered in the things they use to decorate themselves. (Mara's more girlish and loves ribbons, while Emmy has a little more dragon in her and tends to wear gold "because pretty human women wear gold jewelry.")

So say hello to the dragon sisters. Emmy and Mara are nice girls â€” even if they are dangerous, deadly monsters.