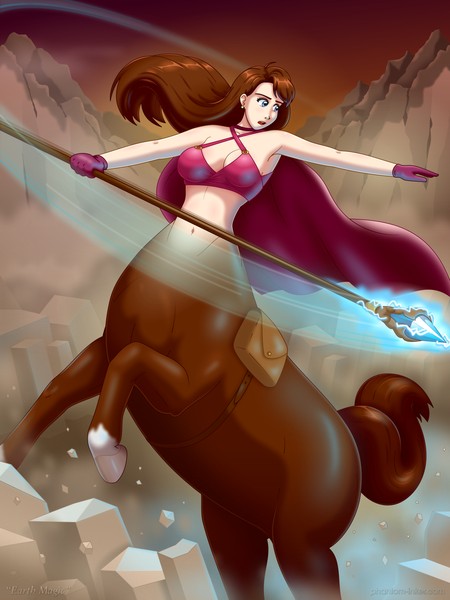 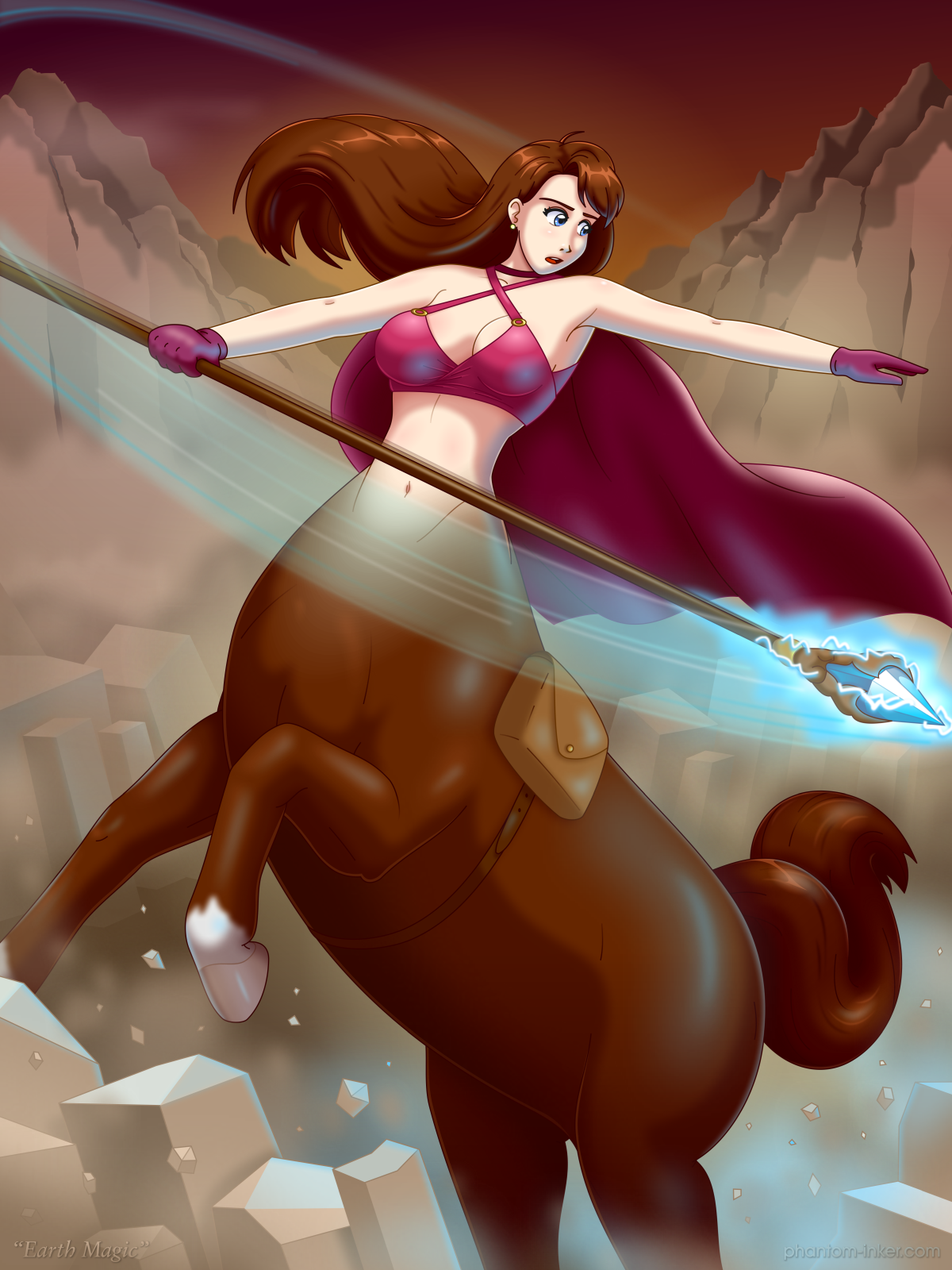 In the setting of the Binding Lands, once you're past a certain level of magic power, you can either spend the next hundred years slowly working your way up to a proper sorcerer, or you can use a secret Binding Ritual to tie you to a particular kind of magic, which will also multiply your abilities ten times. Of course, the Binding Ritual will likely ruin you emotionally or mentally, if you're unlucky or don't naturally come by strong willpower, but that can be such a small price to pay.

Karenna, here, was such an aspiring Sorceress; and she chose the Binding Ritual and fulfilled her natural affinity to become an Earth Sorceress â€” with the unexpected side-effect of becoming an earth creature, a centaur. She gained quite a lot of power, and paid with her species instead of her sanity.

Now Karenna roams the lands as a mercenary, an Earth Sorceress for hire; and if you can pay her price, she's the strongest you'll find.

(This is set in the same world as Fire Magic, but featuring a different character, and a different "natural element.")

I've been working on this for quite a while: I started it over two months ago, and I've put probably upwards of fifty hours into it. It's arguably my most ambitious drawing to date: It has a complex background, good composition, good colors, really detailed shading, and lots of special effects. You could even almost believe it wasn't vector art â€” almost. So it's pretty good, I think.

As usual, it's all vector art, drawn entirely with a mouse. Hope you all like it.

(Also, a properly high-resolution version can be found on the Patreon, for the Fan+ tier.)