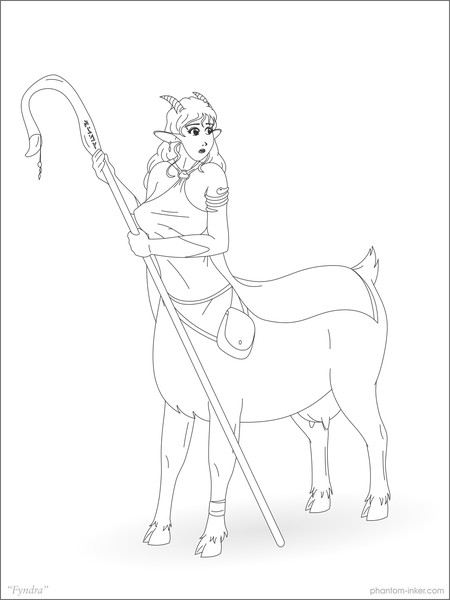 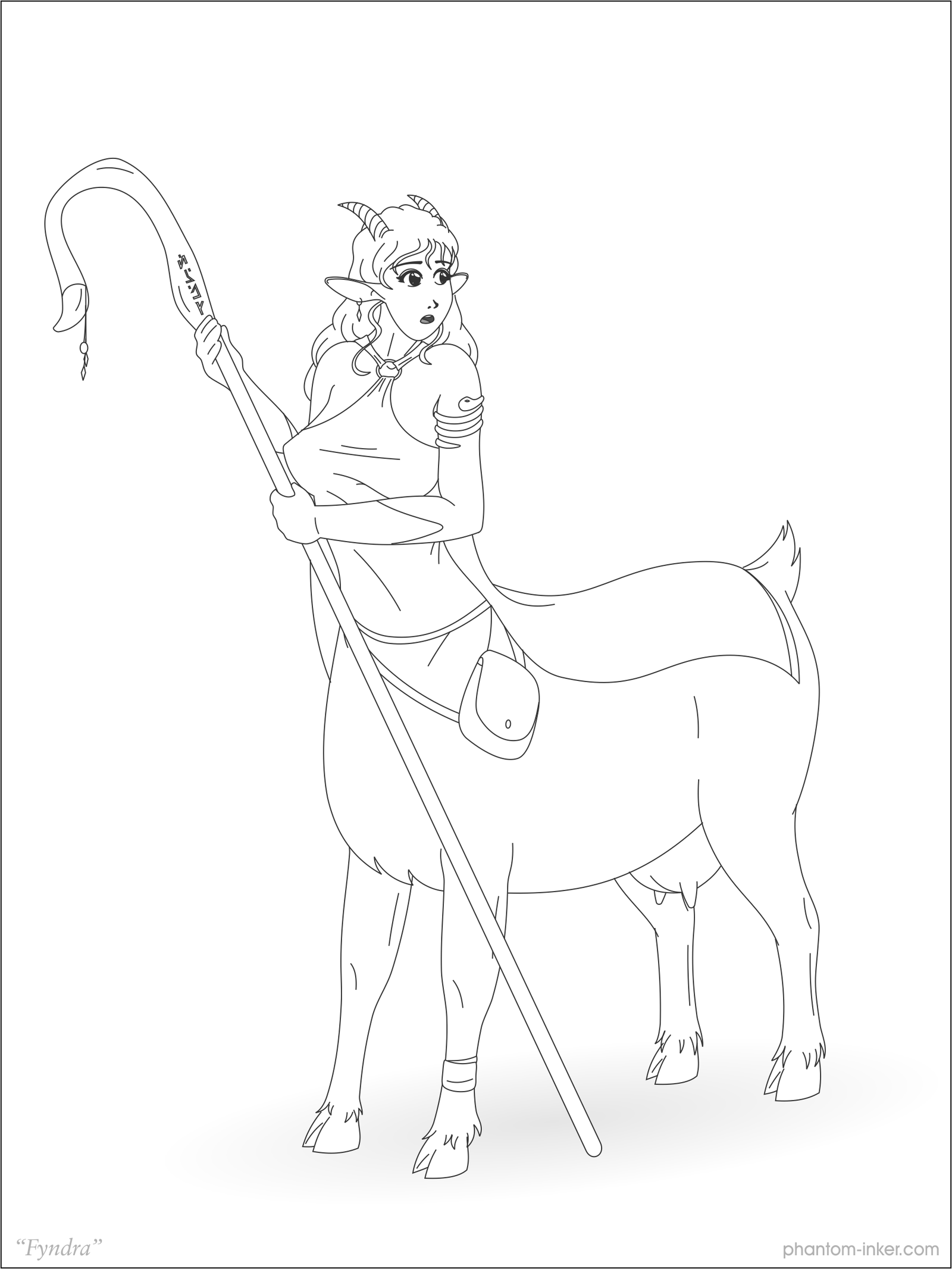 So this is Fyndra. She's a low-level sorceress. When she was younger, a magic spell turned her into a goat-taur. It's not what she'd prefer to be, but it's what she is. An older wizard who lived near her didn't much care for her, so he transformed her into this. She was supposed to be turned into a goat entirely, but he didn't try very hard to get the spell right.

It's not exactly her ideal life. But she makes a living, travelling with a few other mercenaries and being their magic user. I think at some point in her travels, she meets a very nice young man who was cursed to be a satyr, and they hit it off. But here, she's just her usual nervous self.

DinosaurFighter challenged me to draw a goat-taur. So, uh, I did. I drew Fyndra in about three hours tonight. As usual, all CorelDRAW and a mouse.

Is it mature if she's not showing any body part you can't see at a farm? I dunno. I didn't mark this as "mature," but if that bothers anybody, let me know, and I'll change it.