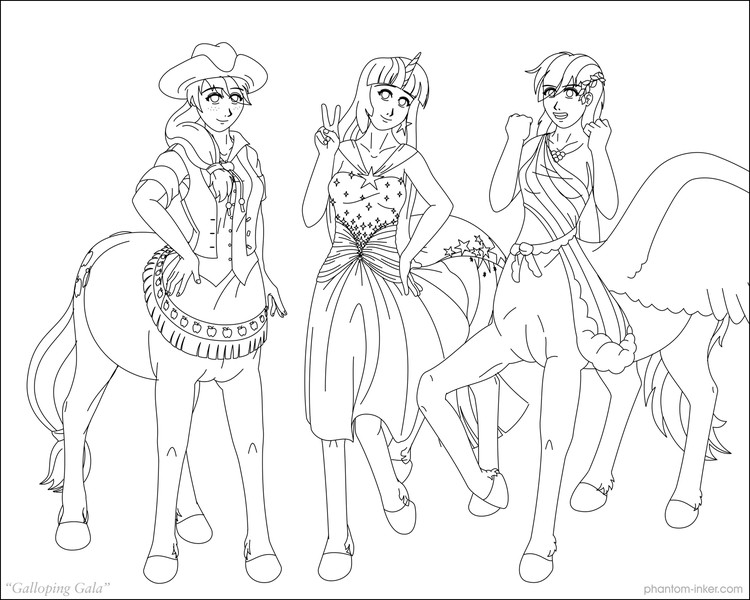 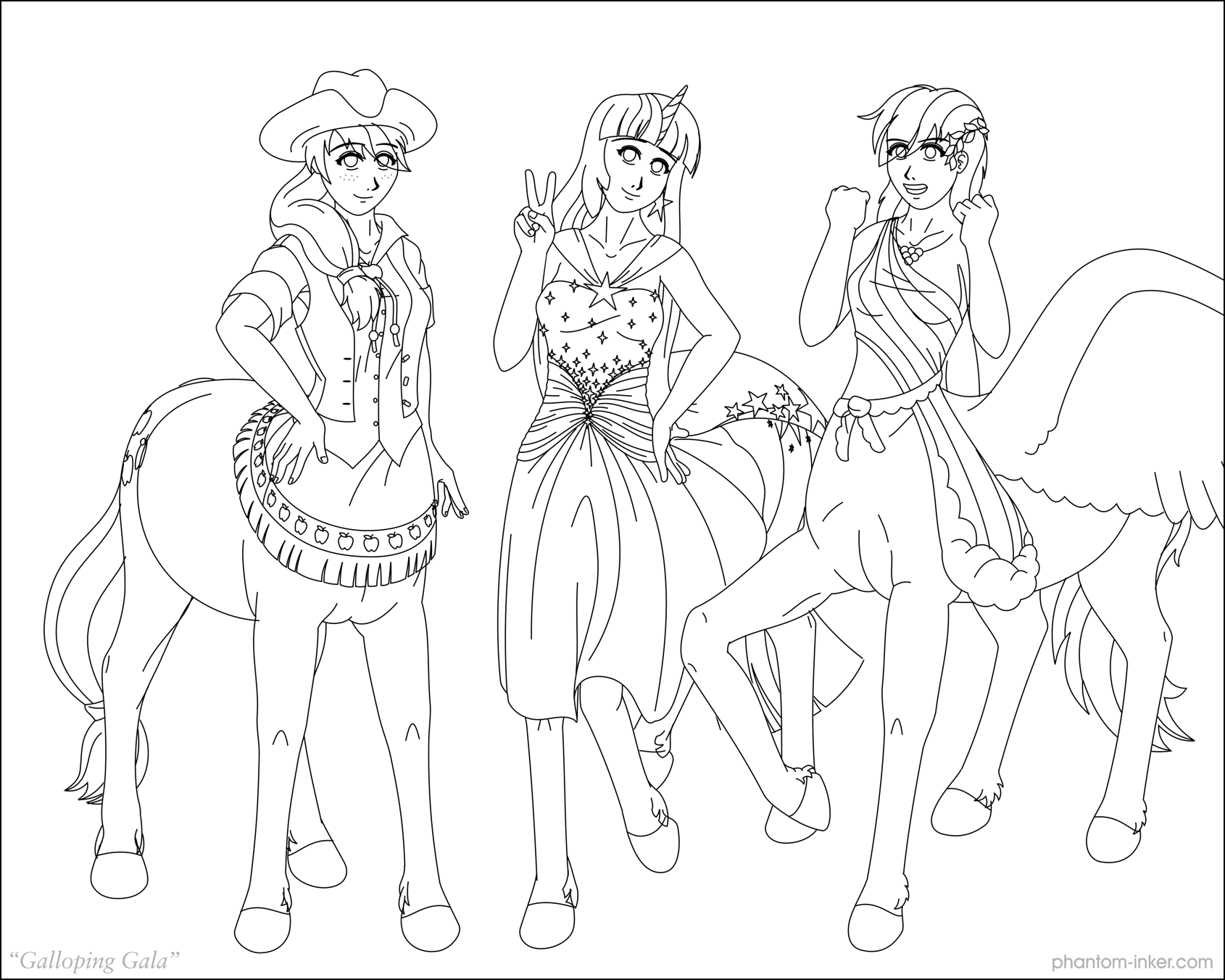 My wife is a huge fan of My Little Pony: Friendship is Magic. Me, personally, I can give-or-take it; it's cute, but not the sort of thing I'd be a rabid fan about. But she is, so this was born.

Lest there be any doubt, this is Applejack, Twilight Sparkle, and Rainbow Dash, sporting the dresses they (apparently) would have worn to the Galloping Gala â€” had they actually been centaurs at the time.

I think I did a decent job of capturing their personalities, and adapting their dresses to a vaguely humanoid form. Applejack looks pretty confident and Texan, like she could round up cattle or start a squaredance any minute; Twilight Sparkle looks like an adorably cute dork in a pretty dress and who's been watching just a little too much anime; and Rainbow Dash looks like she's somewhere between a gamer grrl and a sports grrl and will kick your butt if you try to argue the point with her.

So, well, there ya go. I'm sure that my wife will have me color this properly in the next several days, so stay tuned for more. Here's hoping you like the lineart, though!