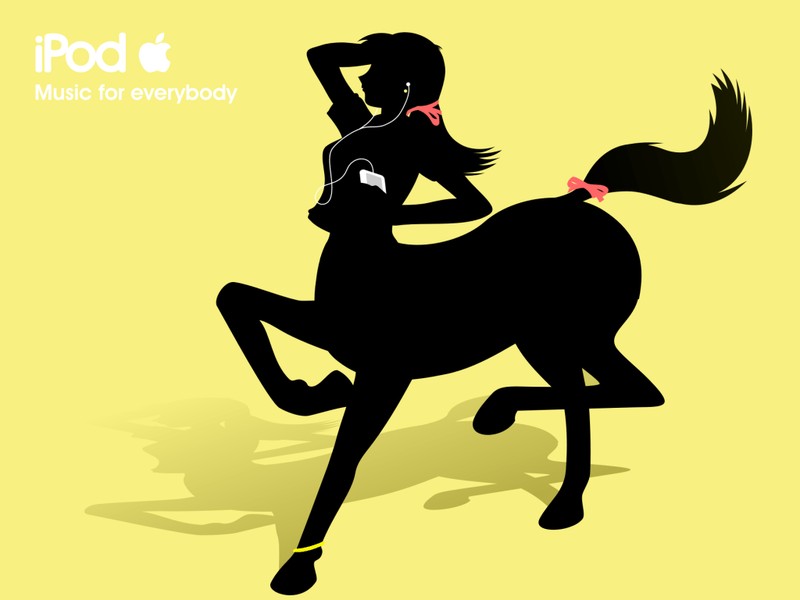 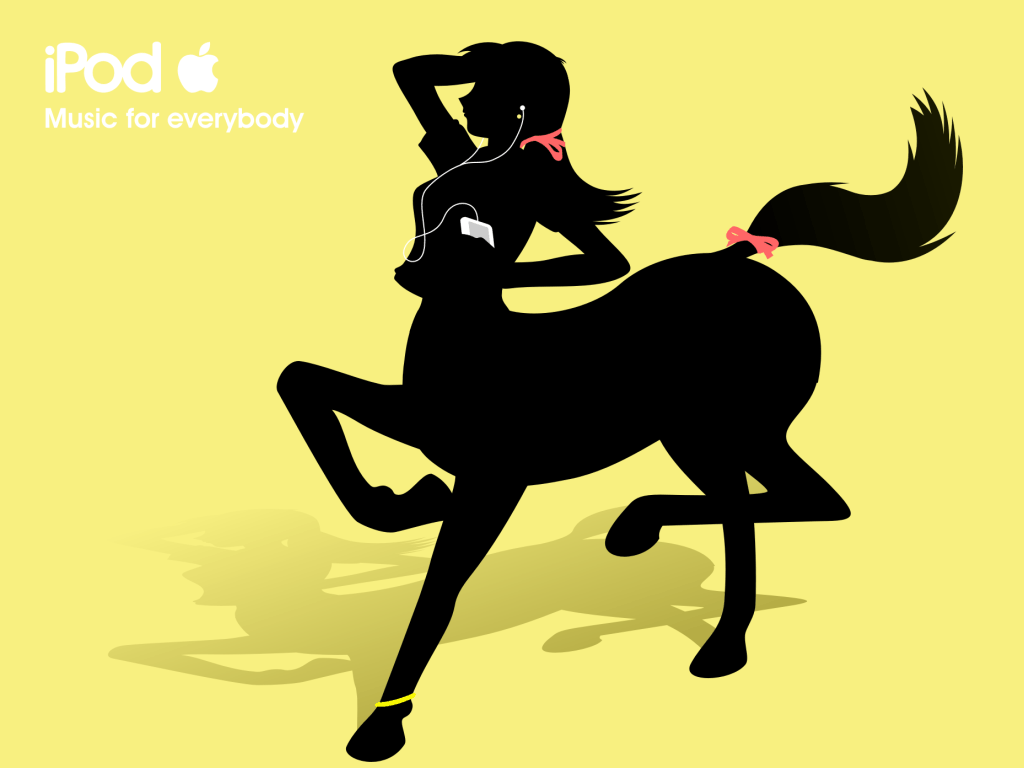 Did this in a mere four-ish hours, and did everything from the waist down without reference pictures! I'm not sure her hind legs turned out all that well, but hey, she still looks cool here ;)

An interesting question to ask: How does a centaur dance? I guess this is as good a guess as any...

The cool shiznit that is the iPod is (c) Apple, of course, as are the ads that contain it. (I love my iPod!) And Ally is (c) me.

This is 1024x768, intentionally sized to be usable as desktop wallpaper (i.e., you have permission to use it as that if you want to).