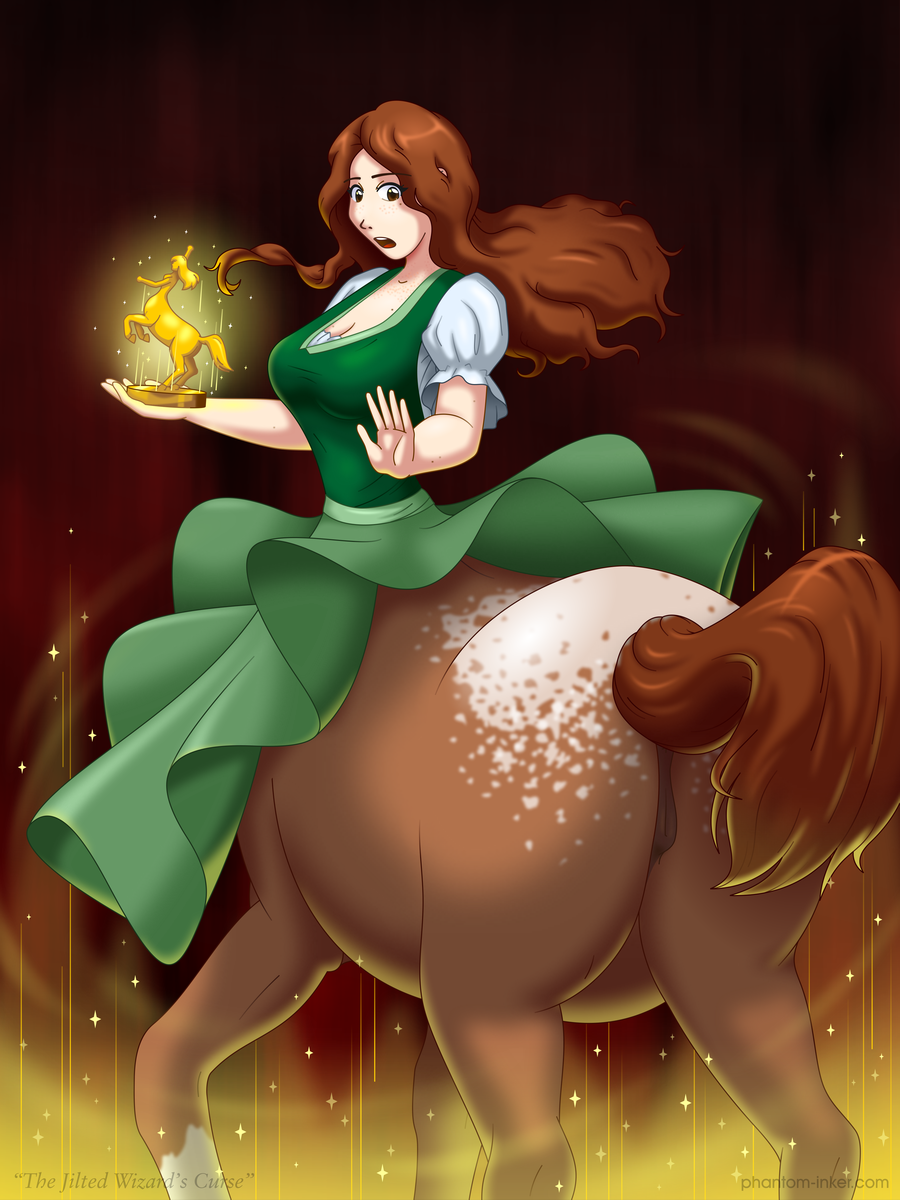 An evil wizard, passing through Renée's little village, saw her in the market and immediately demanded that she marry him. She said no, and he insisted. When she repeated no, he frowned, and then reached under his cape, and handed her a pink gift box. The wizard told her that if she ever wanted to marry anyone, she would have to seek his permission first; and then he bid her farewell and continued out of town. Confused, she watched the strange man leave, but thought nothing of it. But later that evening, curious as to his gift, she opened the box. She found a strange golden statue inside, and when she touched it, it started to glow...

So this is the end result of me being sick most of this week and drawing to cheer myself up. Lots of hours drawing this over the last week or so, with soft music playing, while coughing and sniffling. Whee.

I should probably do an SFW version of this, but... eh. ¯_(ツ)/¯ This is NSFW because you can see under her tail, and she's anatomically-correct, so deal with it. >>

Anyway, +favs are good, but comments are the best :D

A high-resolution version of this can be found on my Patreon.