The Last Centaur No Longer 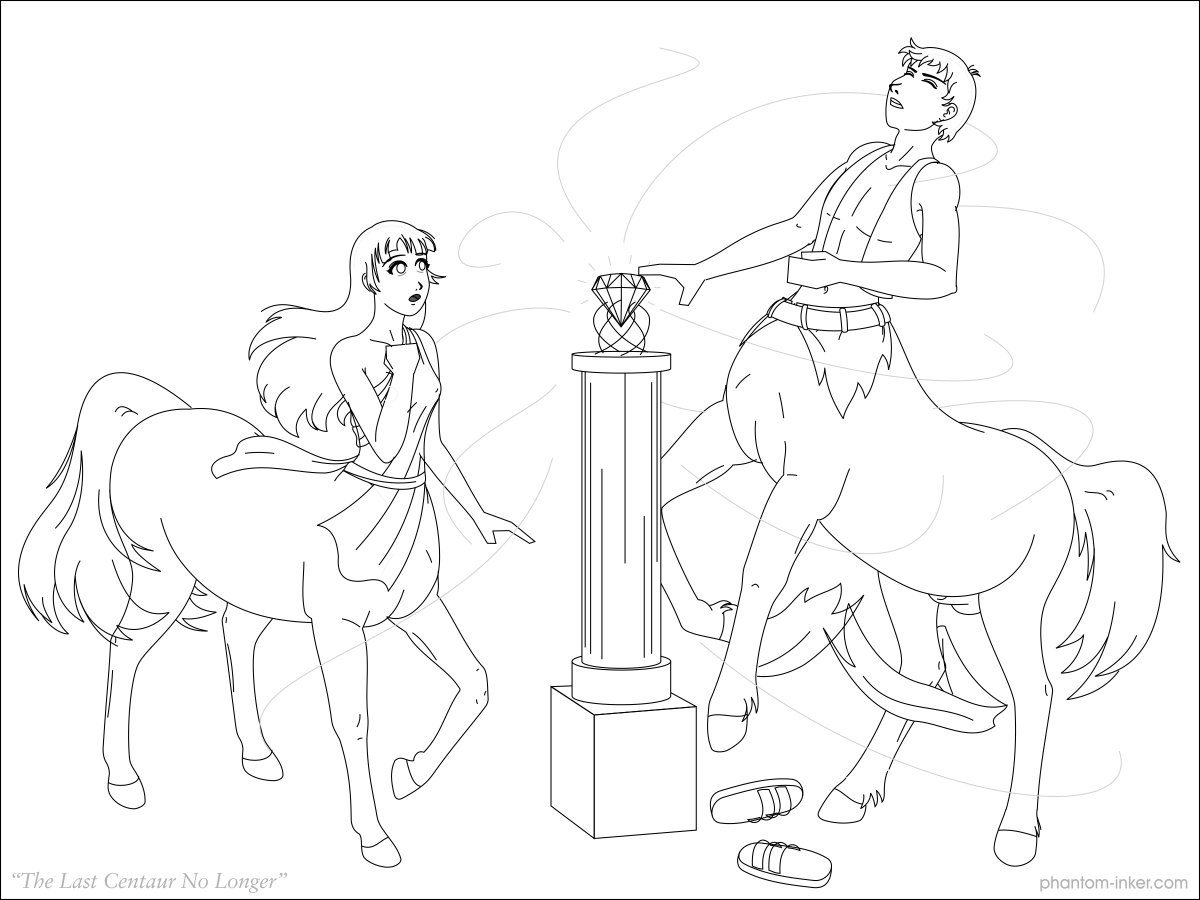 Chyrenale was the last of the centaurs. The Lapiths had come and killed her people, to the last man, a genocide over a misunderstanding. Forewarned, her parents had hidden her in a cave in the mountains, and there she survived, alone.

She was twelve years old then, a little girl, and she stayed hidden as she ought â€” for six long years. But she grew lonely, and took to walks in the woods, and there she met a boy, a lonely human farmboy whose parents had died of disease some years before. He was friendly, and not scared of her, and they talked, and relished each others' company. At length she showed him her cave, and how she lived; and he showed her his farm; and soon they became fast friends.

And then one day she thought to show him more of her people, and dared to take him deep in her cave and show him the Jewel of the Centaurs, the most prized possession of her people, a legendary gift of Zeus himself, salvaged from the ruins of her lost Kingdom. It was little more than an ordinary if pretty gemstone, and she had often wondered why the King had kept it. But as Tilanus approached, the Jewel suddenly glowed, brighter and brighter, and the wind began to rush, and, mesmerized, he reached out to touch it â€” and in a moment's flash of magic, the lonely centaur girl realized she was no longer the last of her kind.

I've had this notion in my head for a few days, and finally got around to drawing it. This was some hours today, maybe six hours, give or take. As usual, entirely CorelDRAW and a mouse. It's marked mature because you can see a hint of her nipple, and, well, a stallion's equipment. Not sure if that actually qualifies as mature, but whatever.

Anyway, for those not up on their Greek pronunciation, their names are approximately pronounced "Keer-en-all-ay" and "Tee-la-noos," in an Englishy-mangled kind of way.

I kinda like this one. I think I have to draw more of it. It needs a background and stuff.

Dedicated to my lovely wife, who waits all too often for her farmboy.