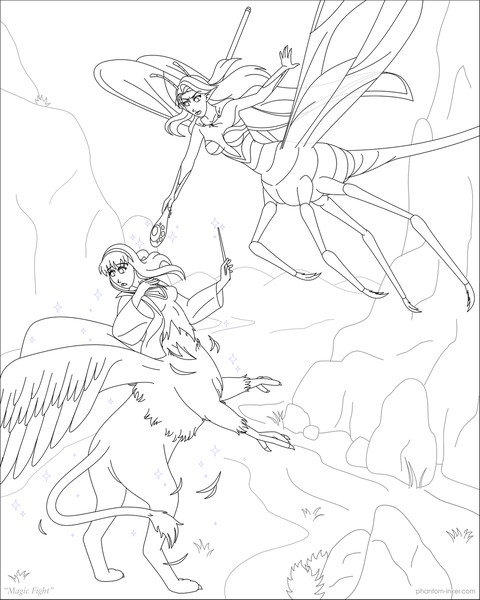 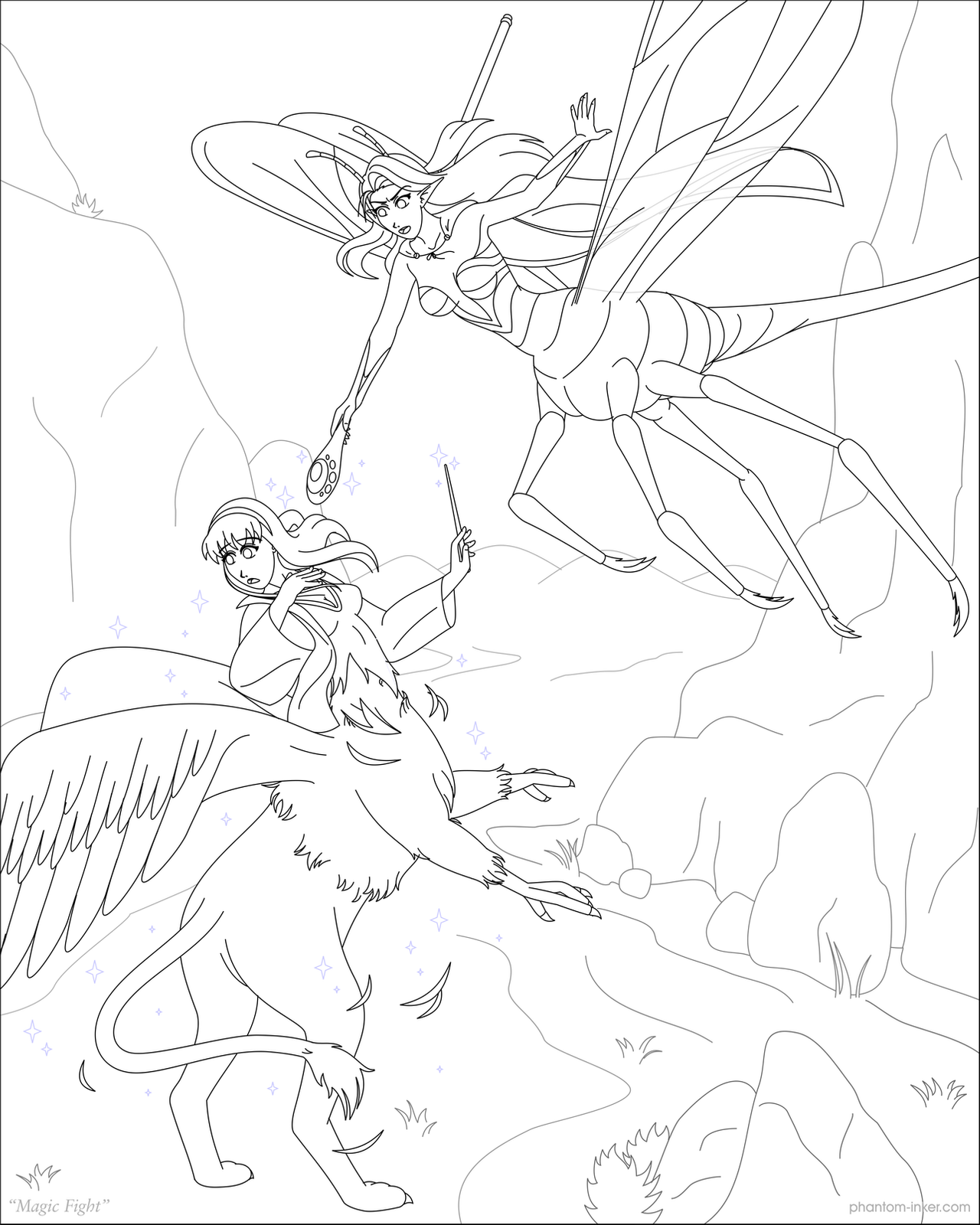 The fight raged for what seemed like hours. Neither was willing to give in.

Ostensibly, it was about a boy. But that was really just how the fight started. Charisse and Jenny hadn't liked each other since the day they'd first met in sorcery school: Jenny was a sweet girl, but rough-and-tumble, from the streets, with barely a penny to her name; while Charisse was refined, from Old Money and High Society, and was better than anyone in the school, or at least so she seemed to act.

When the fight ended, the valley was mostly destroyed, and the two of them were left lying on the ground gasping and tired with the bodies of strange monsters, Jenny half a griffin, and Charisse half a dragonfly.

Had they been full sorceresses, they might have had the good sense not to use permanent spells, but that wisdom would come far later. The headmaster, for his part, decided not to expel them: The spells were permanent, after all, and the glares of their classmates as the strange monster girls walked past were punishment enough. The boy wisely was interested in neither of them.

In time, they would recover from their mistakes. Jenny would meet a dashing centaur boy one day, fall in love, and get married. Charisse would eventually leave magic, and she would open a chain of high-end cosmetic stores â€” and become notorious for her tawdry affairs. And they would become lifelong friends to the ends of their days.

But as is true with so many, they had to arrive there the hard way, and it started with a fight over a boy.

So... Magic Fight! My wife asked for a griffin girl, and Feathers asked for a magical battle, and the two concepts got mushed together in my head to become this. Entirely CorelDRAW and a mouse, as usual, for the better part of the last couple of days.