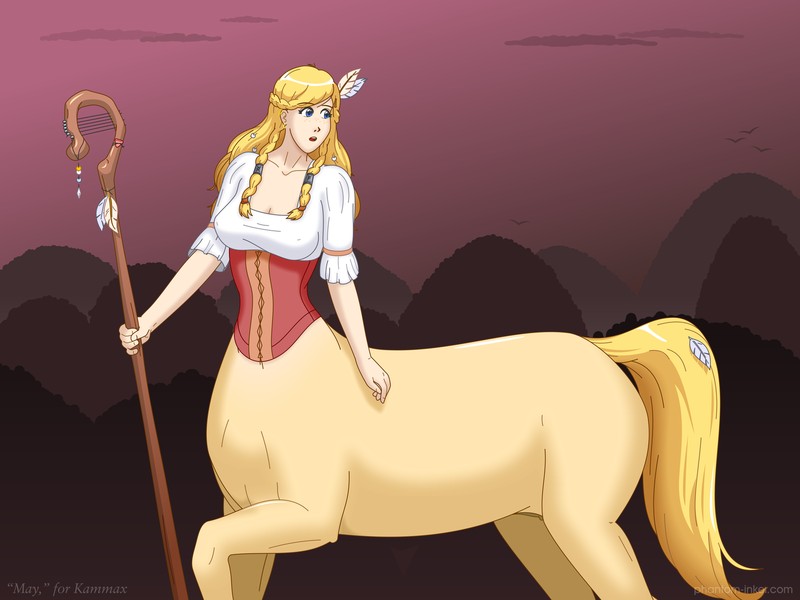 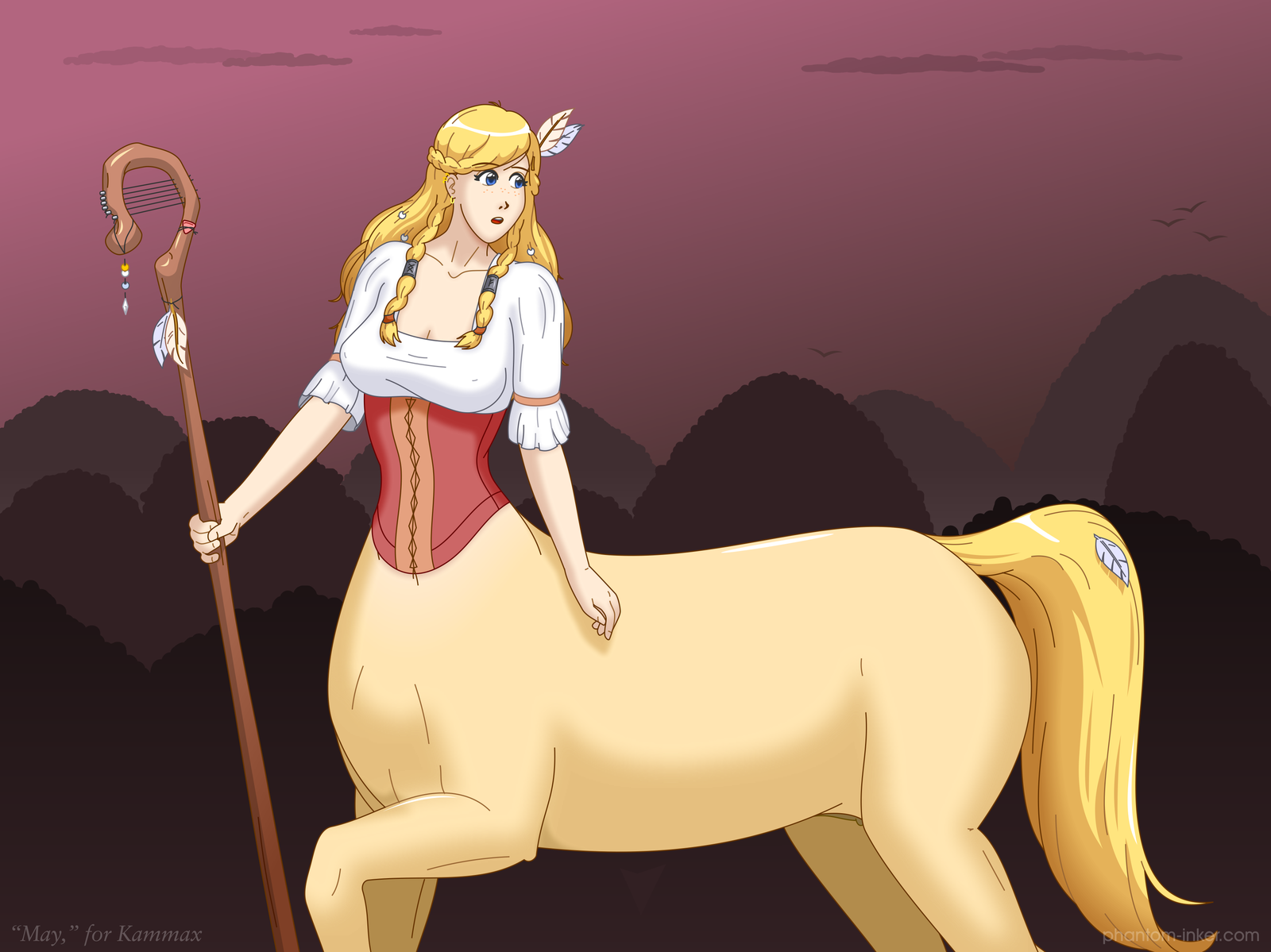 So Kammax was looking around for a centaur character she could use for D&D, and we got to talking, and I ended up drawing her request:

...the body with the build of a friesan horse, though the fur was palomino golden and her tail and hair blonde. the human hair a tiny bit curly, and her skin pale. Bright blue eyes and freckles sprinkled across her nosebridge.

- Personality: She would appear elegant and shy on the outside, perhaps having the true neutral alignment. She has a big temperament once you get to know her, and trying to get into a vocal fight with her will make her very emotional. She always tries her best to keep others pleased, and she is incredibly shy about her body, knowing that she stands out from the more â€œnormalâ€ dnd groups. She appears brave and joyful on the outside, also very much in touch with her feelings, and sheâ€™d stand up for what she believes in.

Interests: She is very interested in keeping nature in tact, and taking care of feral animals of every kind, though she will not hesitate to kill another feral being if she or her group is in danger. She dislikes clothing a lot, even though sheâ€™s shy about her human-part of the body. sheâ€™d enjoy singing and bringing up a good mood for a party. Shed love to go on adventure.

Classs/specialty: Unknown so far, but she's going to focus mainly on healing and protecting her allies, so probably cleric.

Wearing: Outside battle: Either a bandage around her chest, croptop or nothing at all, her hair has braids here and there and feathers. probably has rings in her ears - In battle: Either light armor or full plate set, depending on what kind of mission

Her name is May!