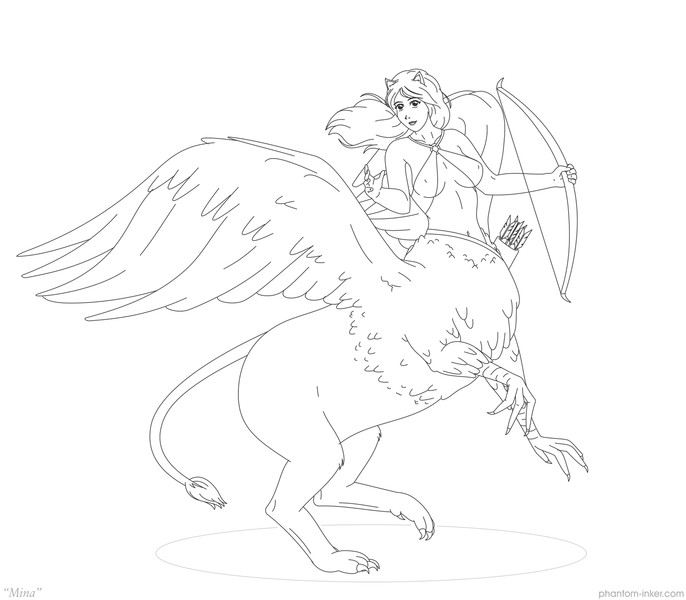 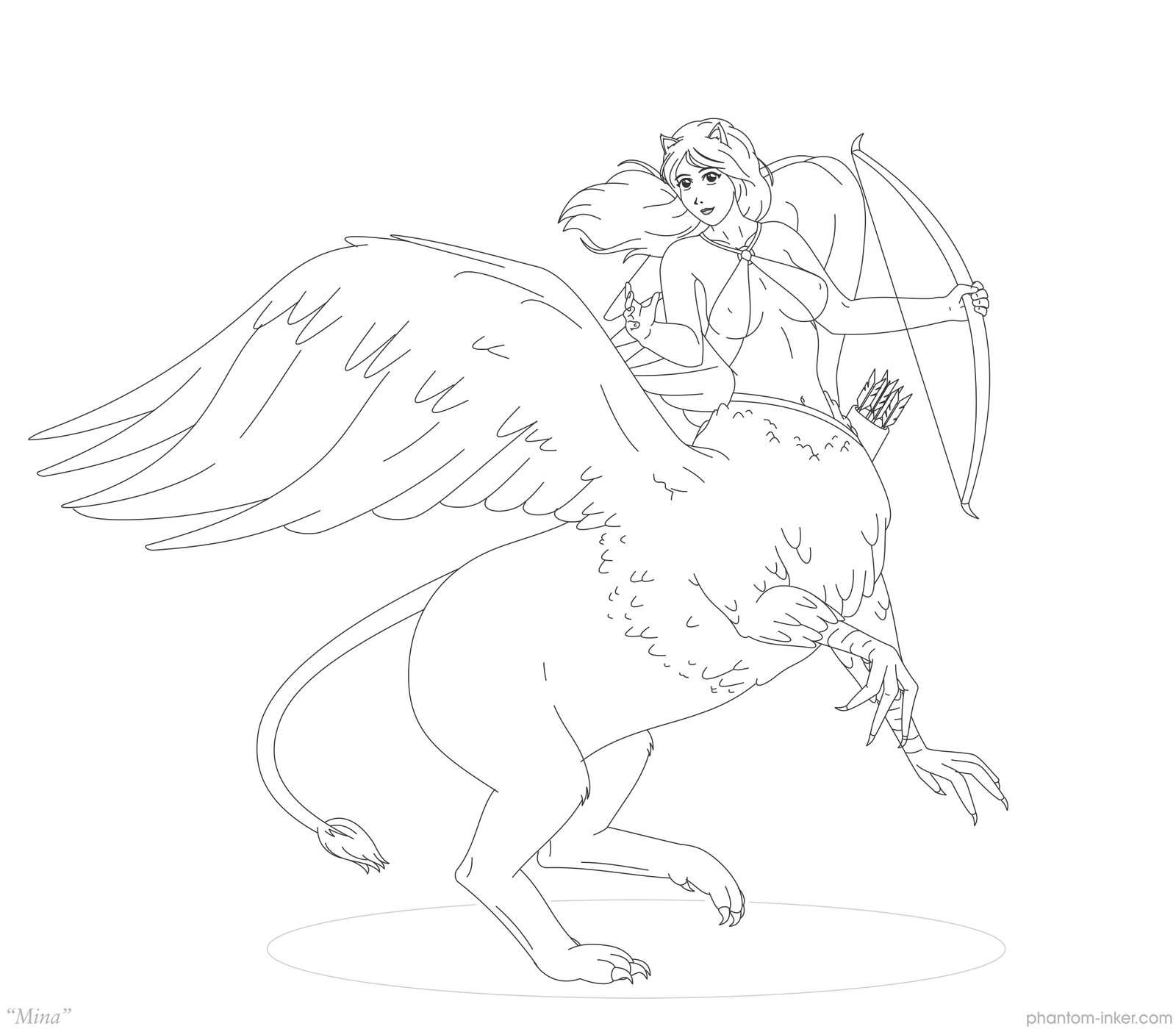 Mina is, as you can see, a gryphon-taur, roughly equal parts human girl, eagle, and lion. She was once an ordinary village girl, but was asked to take a letter to a nearby wizard's castle. When she arrived, the wizard was trying to summon a gryphon, but he was old, and a bit senile, and his spell went badly wrong: The gryphon was summoned not in the chalk circle as he'd intended but instead right where the girl was standing across the room, and the result was neither a girl nor a summoned monster but a little bit of each.

Her new form was awkward at first â€” worse when her village rejected her as a monster, and worse still when none of the King's mages could cure her â€” but now, a few years later, she takes her "infirmity" in stride, living deep in the forest as its apex predator, hunting her meals from the skies above, and trading with nearby villages for supplies. It's not a bad life, really, and she hopes that one day, she'll meet a boy who doesn't mind cuddling up against fur and claws and wings.

That's a lot more storytelling than this picture probably needs. Mina was about a three-hour drawing, and she happened just because Muse wanted something interesting and different.