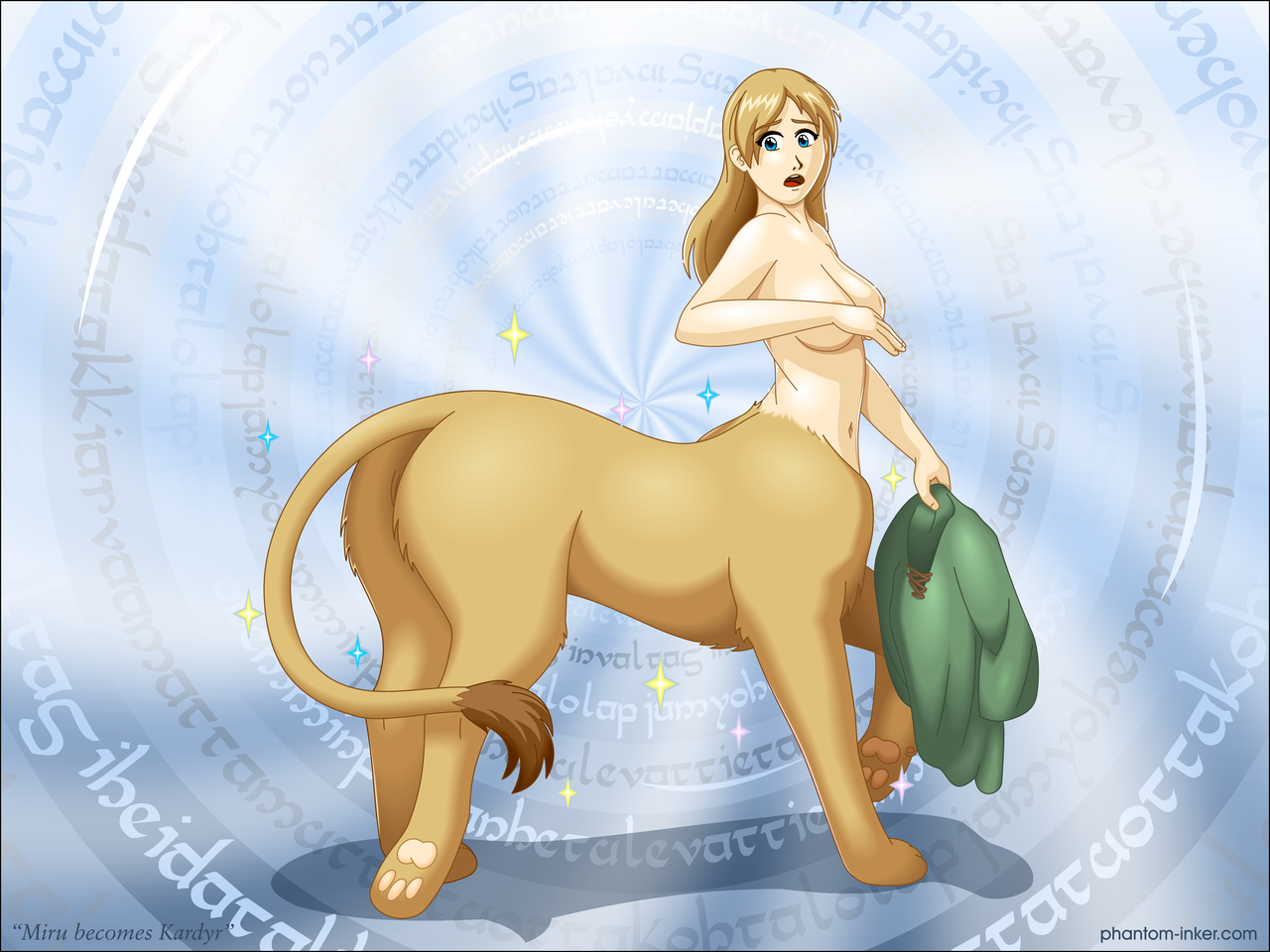 This was a free commission for ~JarynFrostwing of his new character Miru. To paraphrase her backstory:

Miru is a ranger, a seeker of rare magics. And b> y her luck, she had camped just outside the city when the most infamous spell in history was cast: The archmages had devised an experimental spell that was to turn a mere three of them into lion-taurs â€” kardyr â€” for a few days, so that they could study the magical properties of such creatures â€” but they misjudged the potency of their spell. An entire city's worth of people â€” and those in the surrounding countryside â€” became kardyr, and to their chagrin, the spell would last for the next two hundred years â€” the rest of their natural lives. Miru, then, was one of the first, but she was far from the last, for her children and her children's children would spread across the land, a strong new species that began in a single moment.

I really liked Miru. I've liked JarynFrostwing's other character, Karanori, too, but I like Miru better: "An ordinary human girl becomes one of the first of her new species" is one of my favorite storylines, and Miru has that in spades. JarynFrostwing didn't so much ask for a commission of her as have it foisted upon him after he described her backstory to me :)

Anyway, this picture is almost entirely vector art done in CorelDRAW and a mouse, 25 or 30 hours, with some special effects added afterward in Corel Photo-Paint. I'd attempted to paint the entire picture in Photo-Paint, but I simply suck at painting, so I fell back on my usual abuse of PowerClip and vector blends to shade her. It's been a long time since I finished a picture properly, and it feels good to post one every once in a while.

So say hello to Miru. And I don't know about you, but personally, I think she looks better like this ;)