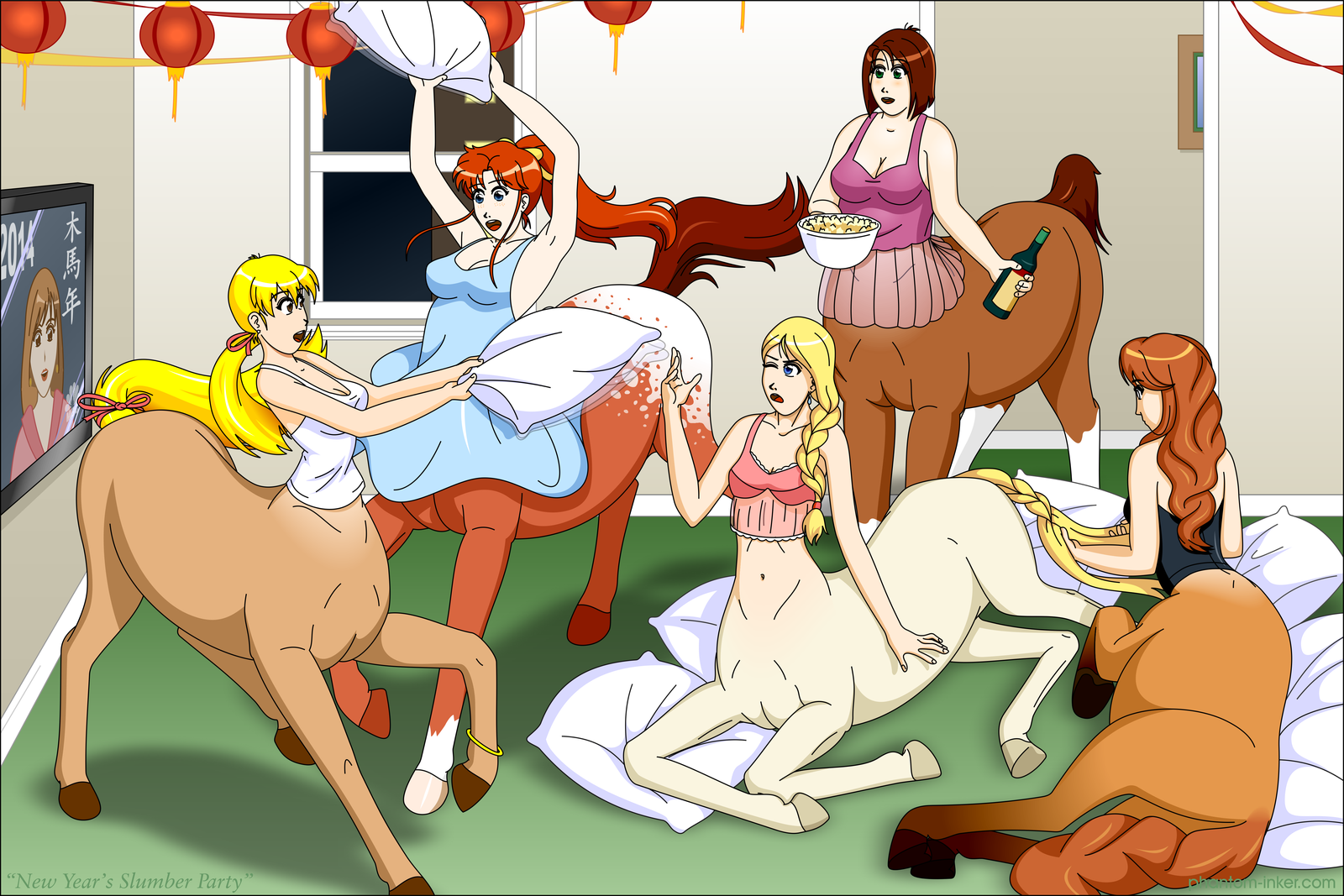 In the Chinese calendar, 2014 is the year of the wood horse, starting on January 31, and how better to celebrate that than with a centaur slumber party!

Starting from the left, we have a cameo by the delightful Ally Taverner (blond), whom I haven't drawn in ages, followed by Meg (redhead), who I think actually just might be Ally's older sister and who is visiting from Florida. In the back is Rose (auburn hair), a sweet girl from Iowa whose New York apartment it is that we're looking at; and her friends Liz (blond) and Paige (brunette) are both clothing models who took the very innocent Rose under their wing when she moved to New York City, because centaurs have to stick together and protect each other, don't they?

This was, oh, golly, at least a hundred hours. I don't even know, really. As usual, this was done as vector art in CorelDRAW with a mouse, with just a little bit of bitmap tweaking after the fact to gaussian-blur that shadow on the floor under them all. (It's a shame CorelDRAW can't do that natively like InkScape can, but otherwise CorelDRAW is a far superior product. I figure a hundred hours of vector nodes followed by two minutes of gaussian blur still makes this a vector image.) Fun fact: I left the lines black on the girls to make them pop, which is unusual for my colored artwork, but I think it really works here.

So happy new year to you all, and may your upcoming Year of the Horse feature as much equine goodness as you can handle.