Not My First Choice 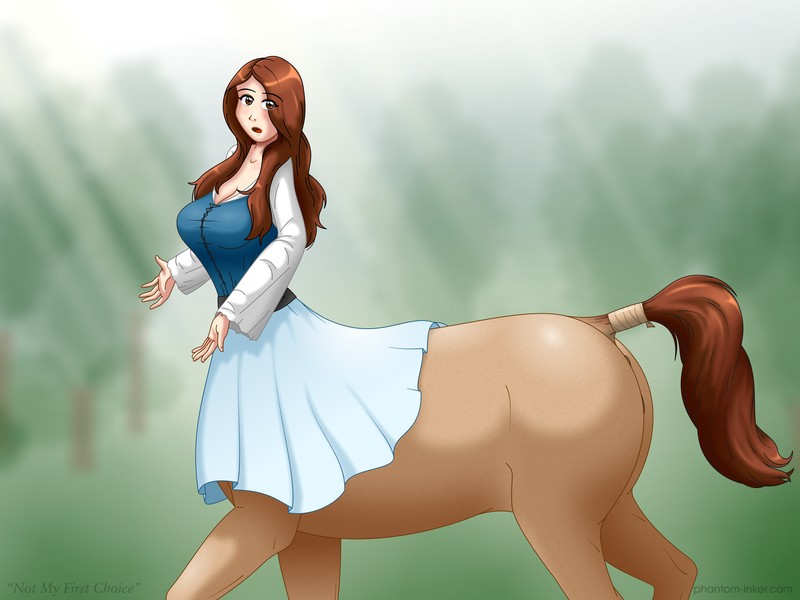 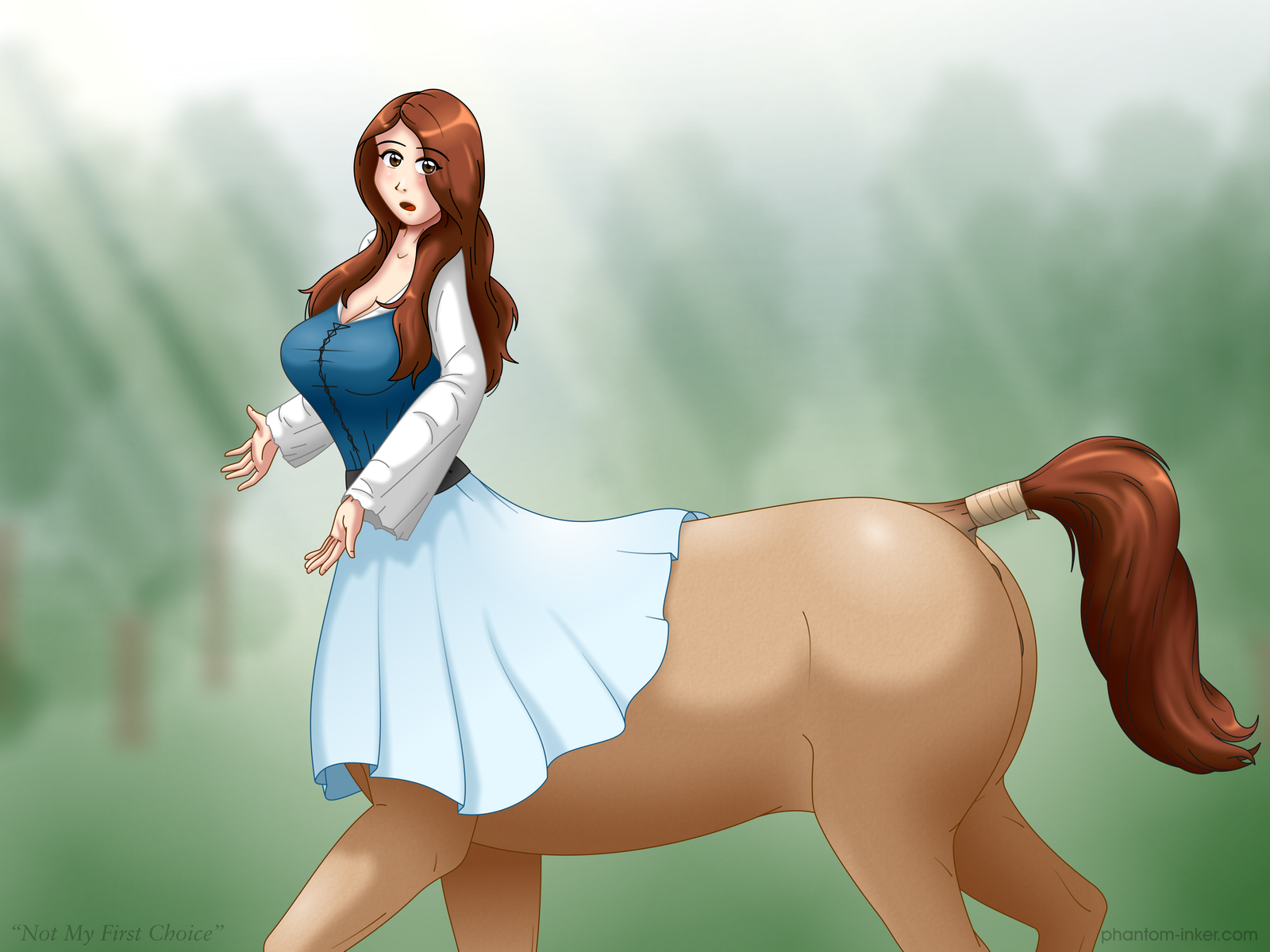 Erissa grew up in a medium-sized town, the daughter of a merchant. In her teens, she realized that a boy in town that she'd known for years she was actually rather attracted to — but he didn't seem to reciprocate, no matter how many times she hinted that perhaps they'd make a good couple.

Puzzled by it, she decided to confront him about it one day, and just outright tell him that she liked him. But before doing so, she stopped at a wizard's shop in town, and bought a specialty "wooing" potion, guaranteed to make you look perfect to the person you're trying to attract. Little did she know that when he was twelve years old, he'd seen a centaur girl visiting the town, and had been infatuated with the idea of them ever since.

So when she confronted him about the fact that she liked him, and drank the potion on the spot, she was rather surprised at the result. It was supposed to change her hair, or her eyes, not her species! The wizard had surely sold her a defective potion — and then she saw the look on her boy's face.

I started drawing Erissa here nearly two months ago, but I've been busy enough that I didn't finally finish her until this morning. As usual, this was drawn with CorelDRAW and a mouse: No tablet, no Photoshop, no postwork, just CorelDRAW and an ordinary high-DPI gaming mouse. Maybe... 30 hours? I don't know. I draw faster than I used to, but work on this was so scattered I can't really tell you how much time it took for real.

High-resolution version is available on my Patreon.