So How Does Your Costume Fit? 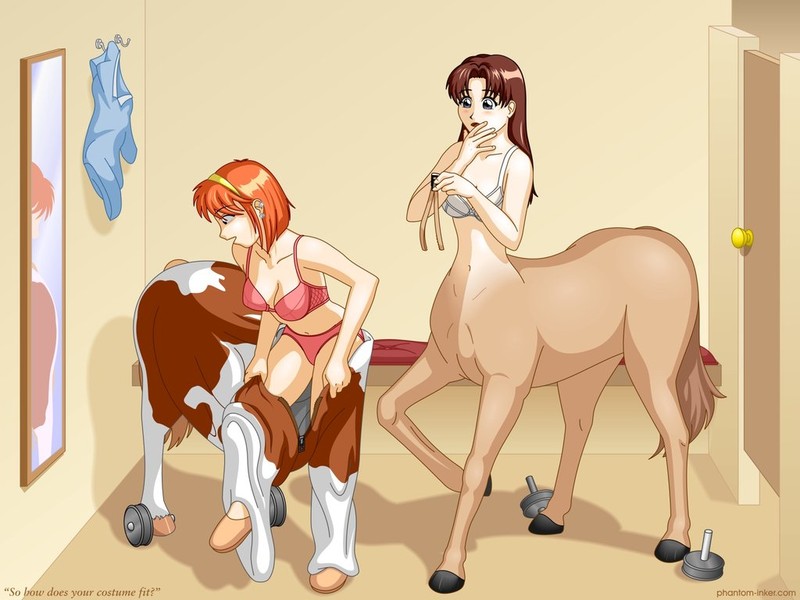 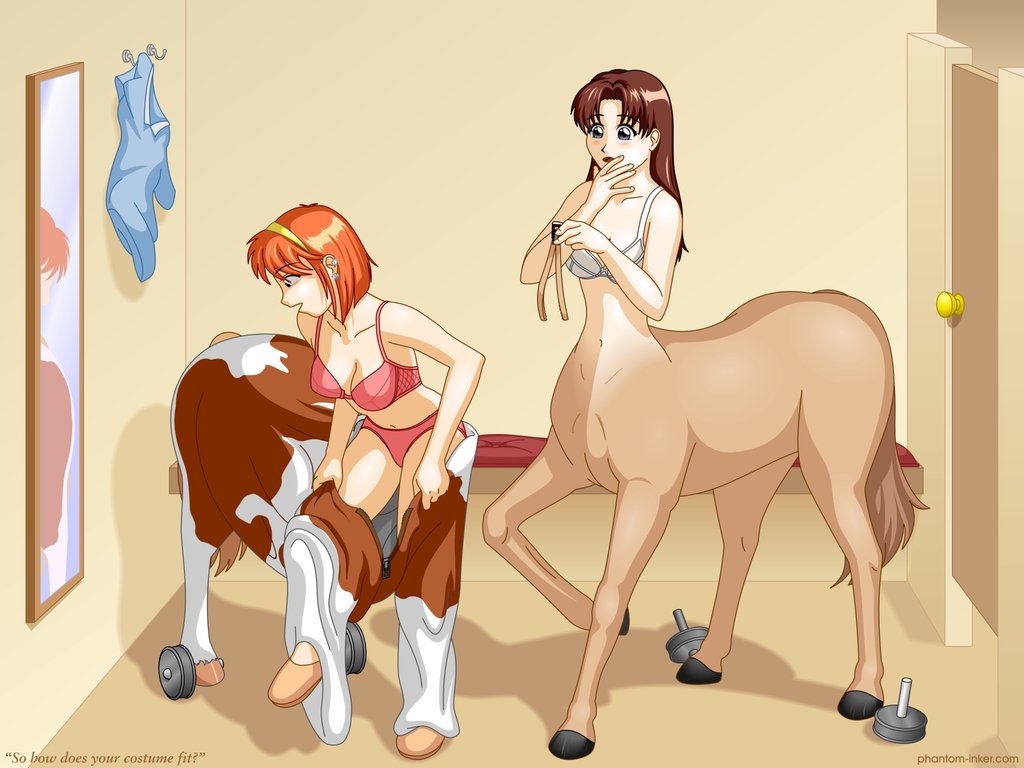 The lighting in the changing room was bright and ugly, but it illuminated the two of them pretty well as Sylvie tossed aside her shirt.

"There is no way that this year we're going to lose," she said. "Sarah Kendall is so going down when she sees these costumes. We're going totally mythological on her this time.

"I really like the spots on mine, but I think yours definitely looked better on you," she added. "It matches your hair better. It's a shame they didn't have any colors that match natural redheads like myself, but then what could match this gorgeous hair? But these spots are wicked cool. I heard Sarah's going as that girl from the Matrix this year, whats-her-name. No way she's going to beat me as a centaur."

"Would you quit your complaining? You complain too much. You look fine, okay? You looked fine when you were putting it on, and you look fine now. That weirdo geekoid you call your boyfriend â€” oh, I'm sorry, you're not actually boyfriend and girlfriend because you two idiots would never admit such a thing â€” Josh will love it when he sees you at the party tomorrow, so quit worrying. You're gonna be walking around in nothing but a bikini top made of leaves, so why wouldn't he?"

"These costumes are awfully baggy, though, and it's a shame they're not more form-fitting, but they're at a great price, and even if I don't win, which I will, but even if I don't win, you'll win instead, and either way, Sarah will lose! Serves her right. Can you believe how she beat us last year with that stupid Princess Leia costume?"

"What's your problem?" Sylvie stopped pulling the costume up over her legs, stood up, and turned to glare at Taryn. "You look great, okay? That costume's a perfect fit on you, and you couldn't look more like a real centaur if you tried."

Taryn bit her lip and held up the zipper.

Sylvie paused. "Whoa..." she said, and stopped. For once in her life, she was at a loss for words â€” for a moment.

This is one of those ideas that inspired me a few weeks ago, and I've been squeezing in time here and there to work on it. This is, as usual, 100% CorelDRAW vector art, done with a mouse, and took about 40-50 hours, I'd guess.

As with anybody who likes TFs, I have an odd fantasy burbling around in my brain about the misuse of magical costumes, and this is one enactment of that idea.

For the record, Sylvie is a little inspired by Haruhi, not in her appearance, but in her personality, only a little more talkative than Haruhi is. Taryn, for what it's worth, is not inspired by Mikuru; she's withdrawn like Mikuru, but that's where the similarity ends: Taryn is tall, thin, has a small chest, is conservative and a bookworm, and generally gets dragged into adventures against her will.

And Sylvie is not putting on a cow costume! It's not half a cow; it's half a horse. There are such things as paint horses, and that's her costume's breed.