That Time of the Season

If you are over the age of majority and wish to see this image, you may click here to view this image and to temporarily disable explicit-content warnings on this website for the next few days. 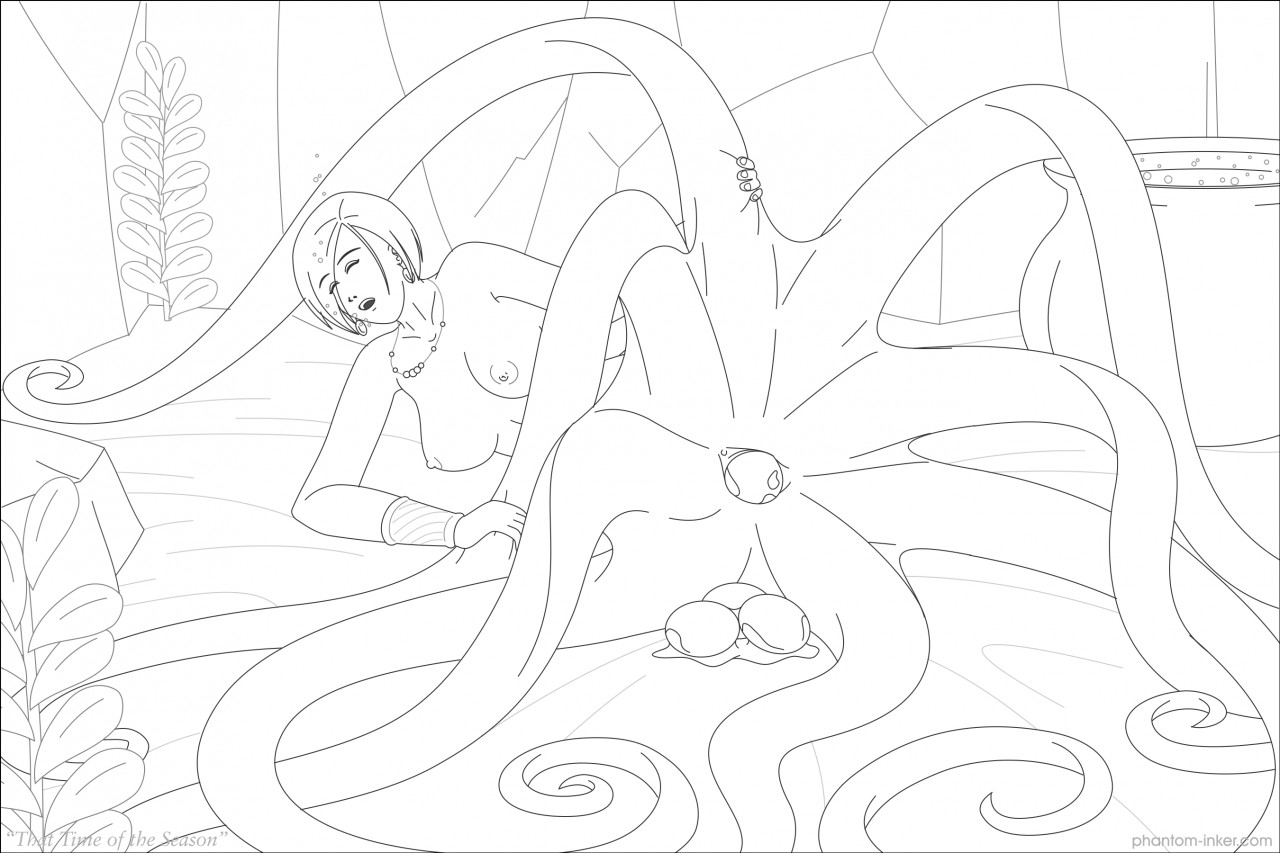 I feel like I'm gonna regret this, but I drew it, so I guess I'm gonna post it.

So in the fantasy biology in my head for creatures like nagas, driders, and cecaelia, where the animal they're based on (snakes, spiders, and octopuses, respectively) is an egg-laying species, the adult females still have "that time of the month" but it comes twice per year, and it's a bit more awkward when it happens. There are a dozen eggs or so, and laying them can take the better part of a half hour, but at least then it's done, more-or-less. Biology is awkward, at best.

I don't really know the name of the Sea Witch here who's dealing with her biannual, intimate personal issue, but she has a nice cave, and it looks like she's normally a pretty capable witch. And lest there be any doubt, those eggs she's laying aren't fertilized: She doesn't have a boyfriend, and they're never going to hatch, and she'll just put them in the trash when she's done and cleans up.

I probably should've drawn suckers on her legs, but that'd be like 97,000 of them, and that wasn't gonna happen this morning.

So... yeah. Octopus girl laying eggs. Bet you haven't seen that before.