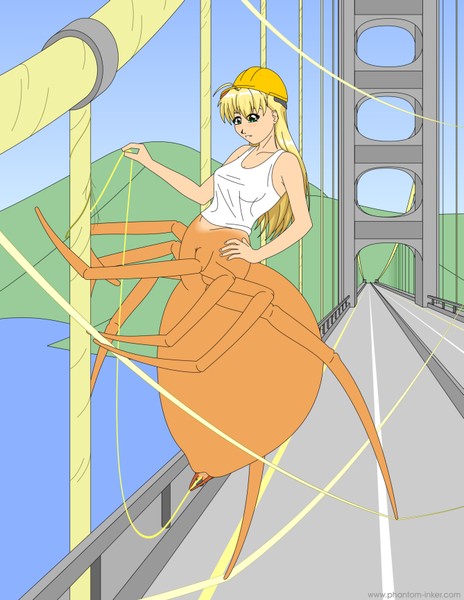 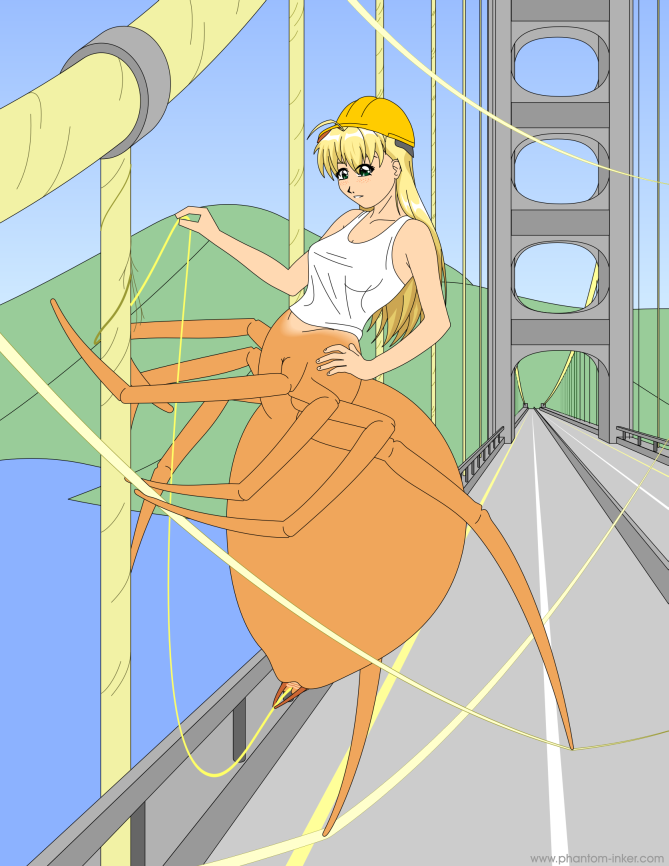 The downside of the Change is that people often end up something they don't expect, and often, initially don't like, either. But the upside is that many needs have new and unusual solutions that weren't available before. So goes the U.S. Department of Transporation's Drider Bridge Corps, for example. Spider silk is significantly stronger than steel, and any bridge built by driders would likely outlast the mountains it was built on. Suddenly driders went from scary to highly valued, almost overnight.

Jacqueline here was a secretary before the Change, but after, the USDOT DBC offered her six figures a year, free food and water, and all the sunshine and fresh air she could ever want. How could anyone turn down an offer like that? And even when a bridge needs repairs, like this one does, it's not exactly terrible work.

This was an old sketch that was too incomplete to ever quite make it into the Incompleted Projects Bin. I had... well, I had a lot of time to kill today, so I took it from a sketch to what you see here. Jacqueline's colors were chosen by my fiancÃ©e, right down to the freckles.

This probably needs more shading and detail work (where are the cars?), but it's done enough that it's worth posting. This is... I dunno, maybe ten hours of work total, and, as usual, all vector art in CorelDRAW.