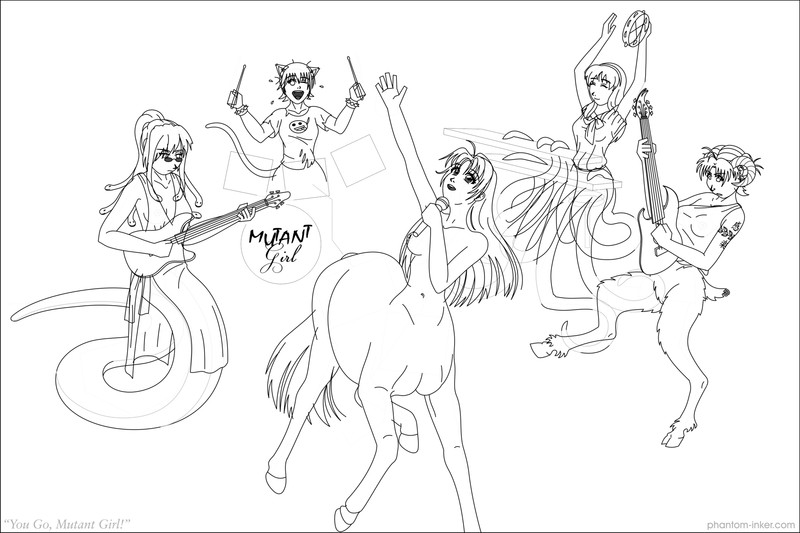 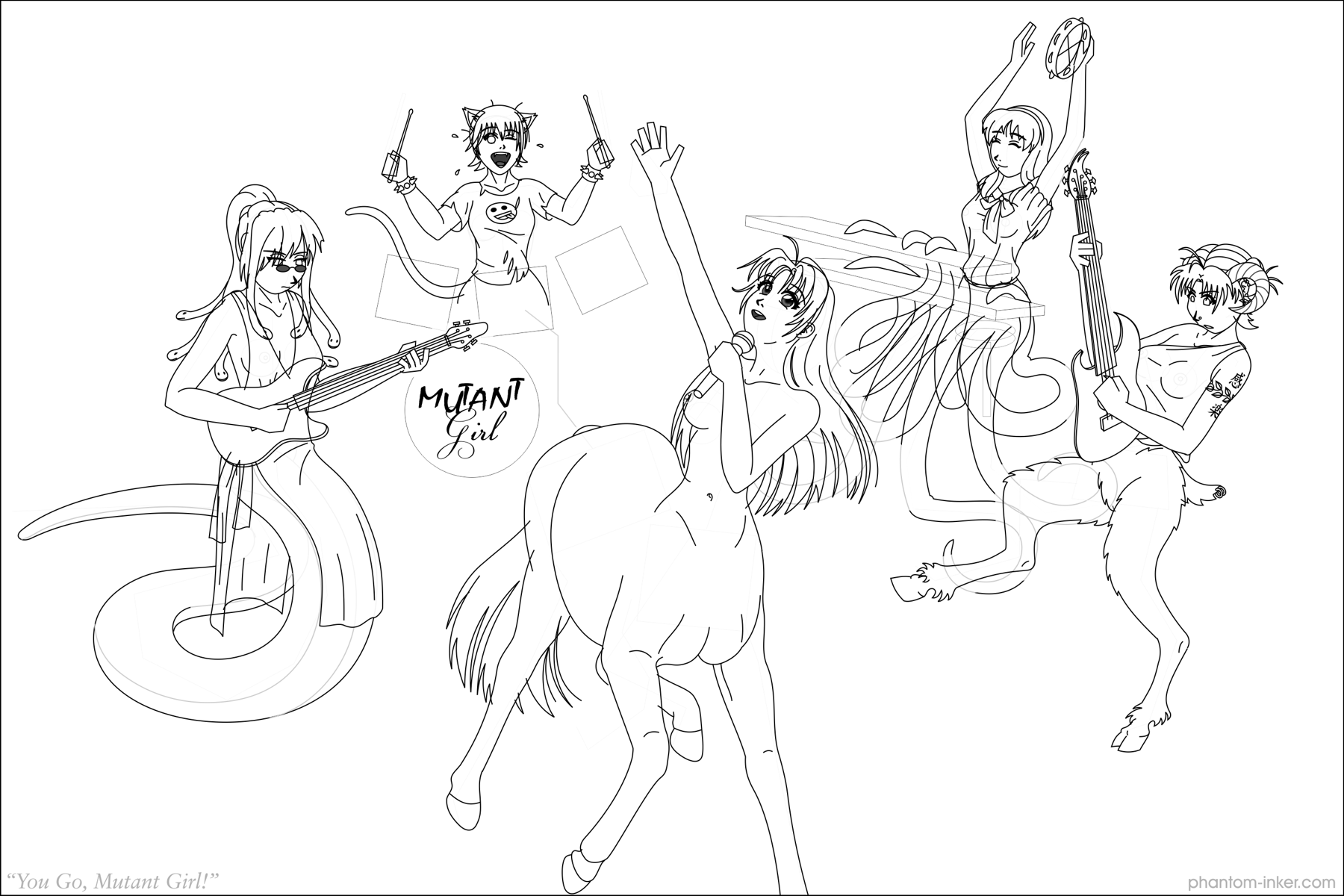 I've had this picture under wraps for a long time. I started it years ago â€” more accurately, I laid it out years ago, and then last year I started really seriously working on it. It's among the most complex pictures I've ever done, and at the current rate of progress, I'll probably have grey hair before I finish it. But still, I love this picture.

This is the all-girl band, You Go, Mutant Girl. These are its members, starting clockwise from left:

So that's the band. Heh. Me and my storytelling.

Anyway, Celeste still needs clothing, obviously, and the drums need to be fleshed out, and the keyboards, and then the whole thing needs a background and color. But, hey, it's a start.

Anybody have any bright ideas for what clothing Celeste should wear? I often "shop" for clothes for my drawings using actual clothing websites, but I haven't been able to think of anything good for her. She should be dressed in something casual but covering, perhaps a little conservative but not as much as Lynne. I don't really know what she ought to have, but I know I can't leave her like this.

This picture has several different inspirations:

So there you have it. Rockin' out with a mutant girl band.