Care to try your luck 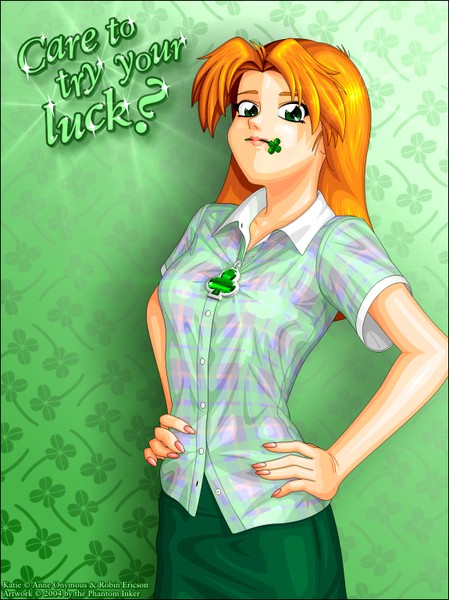 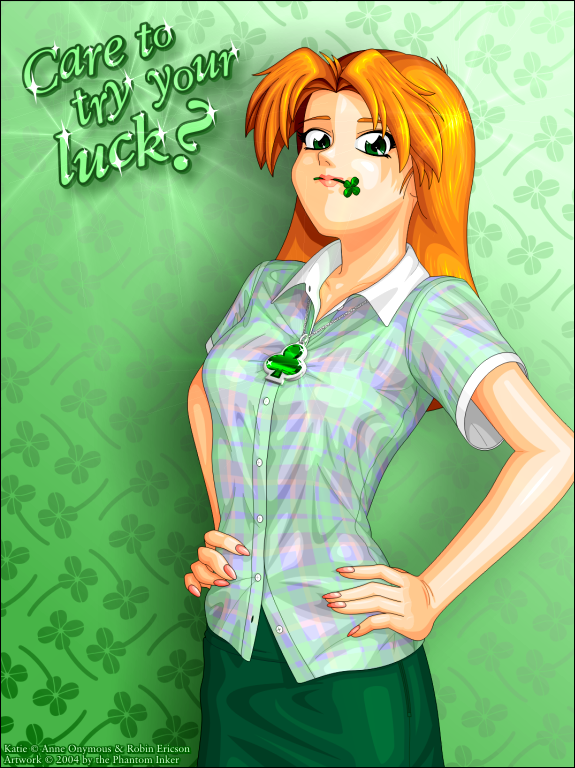 The ever-cute and ever-spunky Katie McBride, from the Wotch. While most pictures here took a few weeks at most to draw, Katie here took much, much longer, largely because I ended up responsible for actually drawing the comic itself for about a month in the interim. Didn't quite expect that to happen, but I'm pretty sure Anne and Robin are happy it did.

Thus while Ally was completed back in --- November 2003? December? Something like that --- I didn't finish Katie here until about a couple of weeks ago. In total, I spent about a month on her, but there was this two-month gap in the middle, you see.

Much of the extra time on Katie was spent on her hair and on her shirt. And everything here is, in fact, vector art, except for the lens flares that I added afterward for a little extra shininess. There were enough vector objects here that there are actually five .CDR files for this, since one alone would take too long to render. As it is, there were times when I'd move a point or two and then go get a drink while the program redrew the display.

Katie is, without a doubt, the best picture I've drawn to date.

By the way, the other reason that Katie took so long to draw is that I fully documented nearly everything I did while drawing her as an educational resource. So if you'd like to learn how I draw these things, visit my web site and take a look.