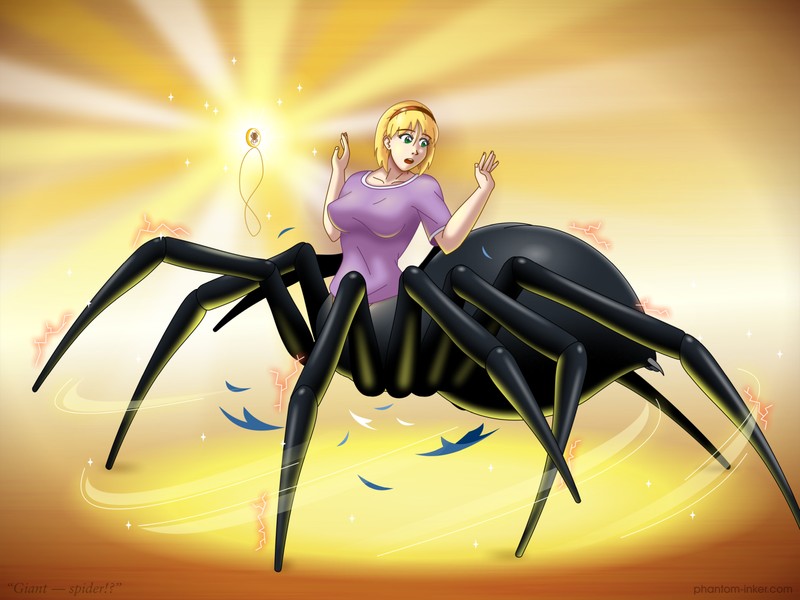 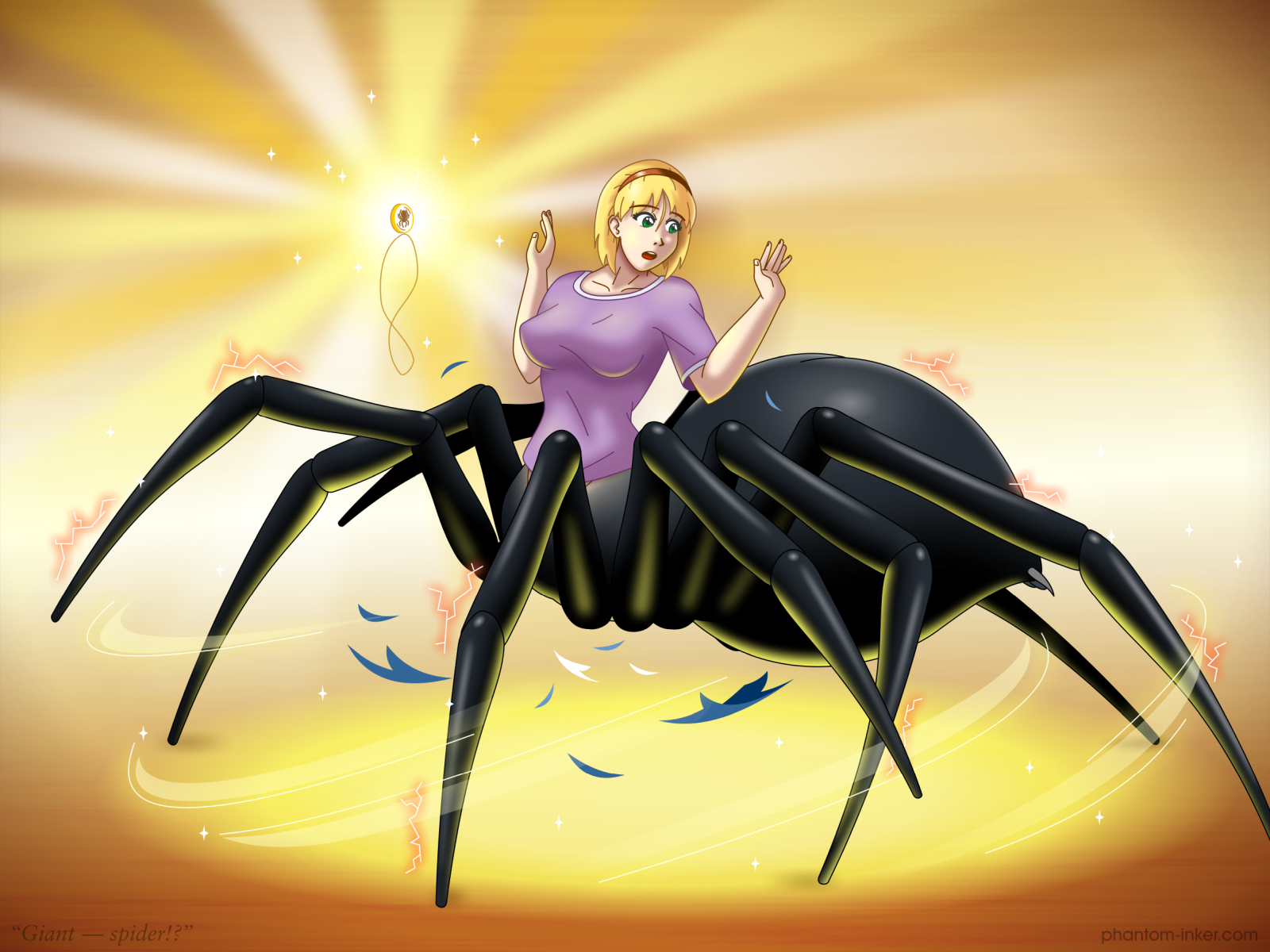 I actually have this weird kind of through-line in the story that connects several TFed girls together, with Candace being the first to discover EkÃºshria's Medallion many years ago, and Emily being a later discoverer of the same, and Natalie here being another. Not sure if the Spider Witch's wrath will ever be fulfilled, but the Medallion will keep searching until it finds someone who'll fulfill its goal.

This isn't my best shading; it's mostly just what I could do in one morning while really sick with a cold. But hey, it's finished, and she turned out okay, so whatever, close enough. Maybe ten hours of effort, and drawn as usual entirely with CorelDRAW and a mouse, and now I'm going to go faceplant on my bed.

High-resolution version is available on Patreon.