I can fix this 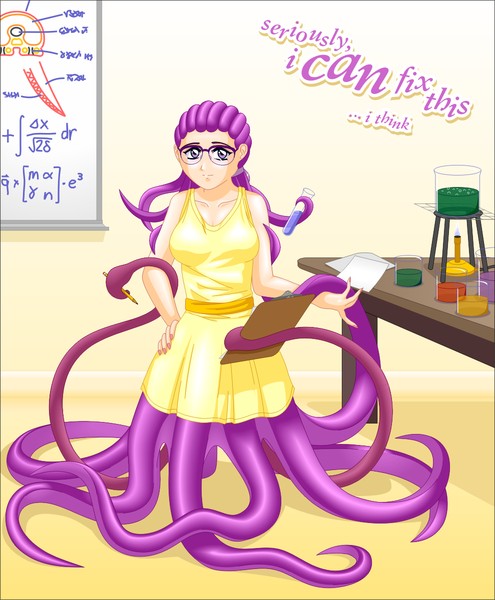 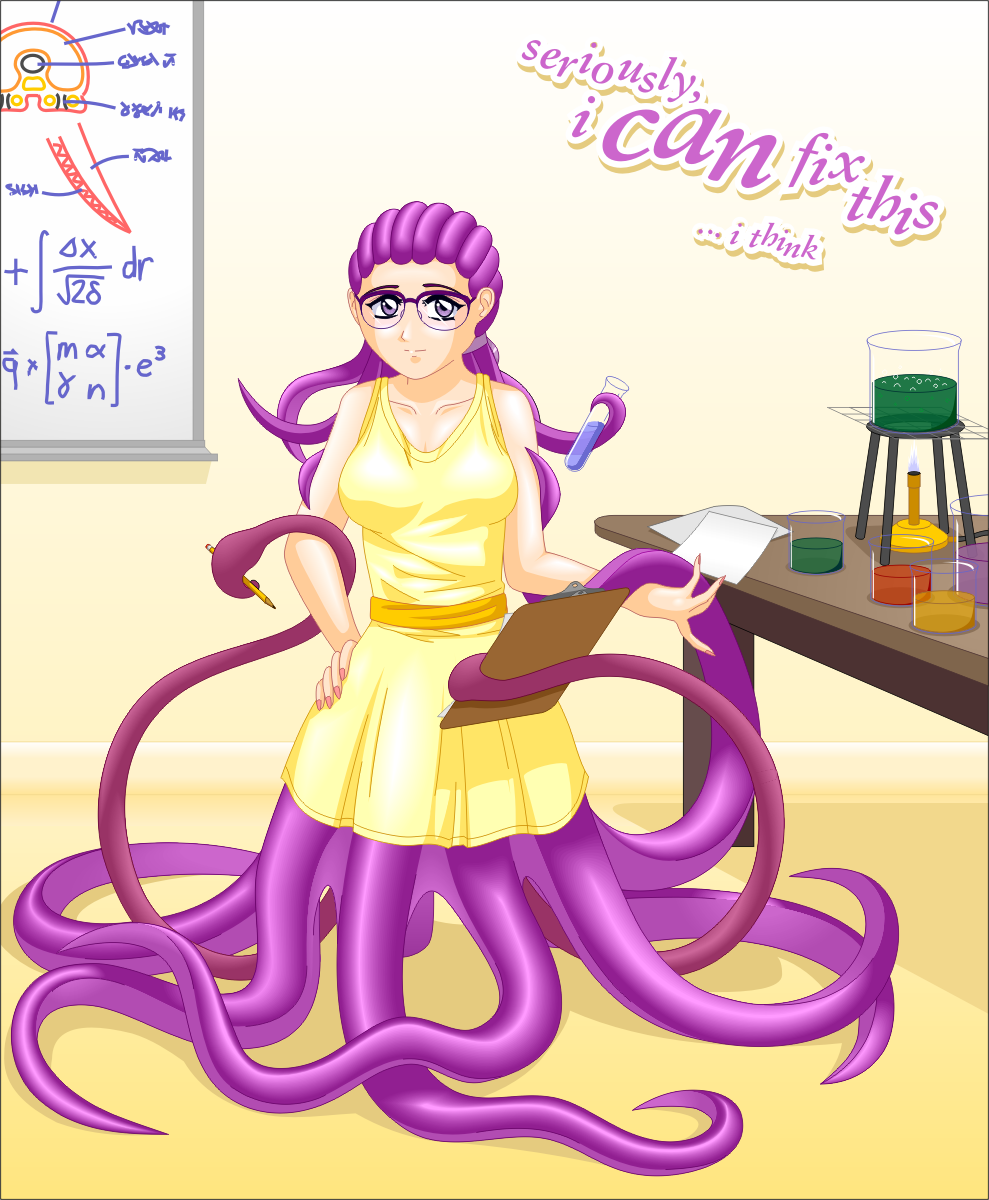 The story: Penny and Jenny were twin sisters, alike in everything but personality. Penny was a perfect femme fatale, with a deep sultry voice and and attitude to match; when she was young, she loved to toy with boys' emotions, and when she was older, she relished hanging out in bars and toying with men. Jenny, on the other hand, was a classic bookworm, and in college, while English-major Penny was off dating, Biology-major Jenny was in the deep in the library studying. They graduated, and Penny went off to do copy-editing for an advertising firm, while Jenny stayed behind and earned her Ph.D in molecular biology.

One weekend, Penny went back to the school to visit her sister, and, as usual, found Jenny in her lab, buried in a pile of books. She'd worked all night and had fallen asleep at her desk. Penny walked up to her and tried to rouse her, and in the process, bumped a shelf stacked high with vials and flasks of one kind or another. The two women were covered in noxious goo, and Jenny awoke just long enough to realize what had happened before they both passed out.

When they came to, they were no longer twins --- and no longer human either. They still had the same facial structure, but Penny was an octopus from the waist down, except for having suckers on her relatively short tentacles; and Jenny was half squid, with long tentacle legs and tentacle-like hair on her head too.

Jenny wasn't terribly happy about it, and set to work finding a cure. Penny sneaked home and now wears only long dresses to completely cover her legs; impressively, no-one has noticed what she is, and the university faculty agreed to cover up Jenny's more obvious state in exchange for patent rights on her discoveries. They've been like this for three months now, and Jenny's still working on a cure. She's sure she'll find one... eventually.

About the sisters: Jenny's the more conservative of the twin sisters, the more studious, and rarely can be found without her clipboard. Both sisters are brilliant --- geniuses, really --- but only Jenny really takes advantage of it for anything productive; Penny uses her smarts mostly for dating (and occasionally for scheming). Jenny was working on a set of mutagenic formulas when Penny accidentally used them on the both of them.

About this drawing: I've had this floating around my hard drive for some months now, and I've only gotten around to finishing it recently. Jenny's changed a bit since her original design, but the principle of twin sisters --- alike in looks but dissimilar in every other way --- who get transformed has been the theme since the beginning. This drawing probably has around 30-ish hours of work in it, and was entirely done as vectors in CorelDRAW (except for the copyright message at the bottom; I pasted that on in Photo-Paint). And yes, entirely done with a mouse, too.