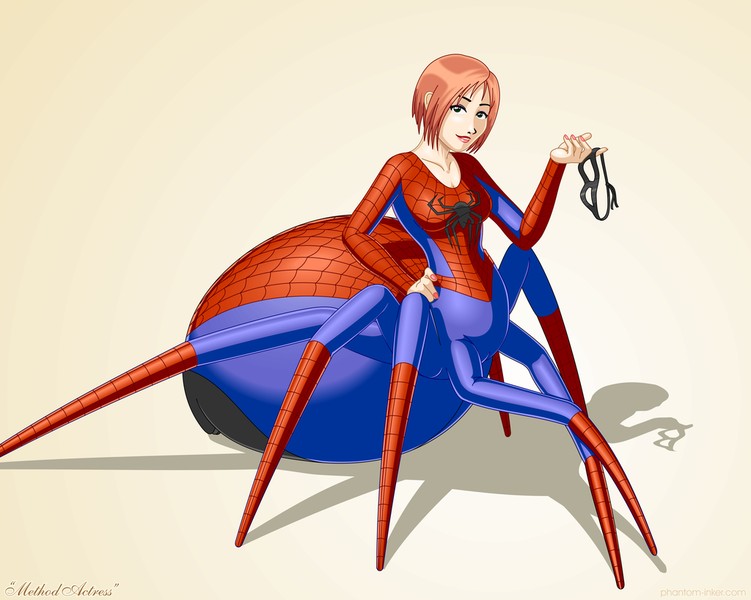 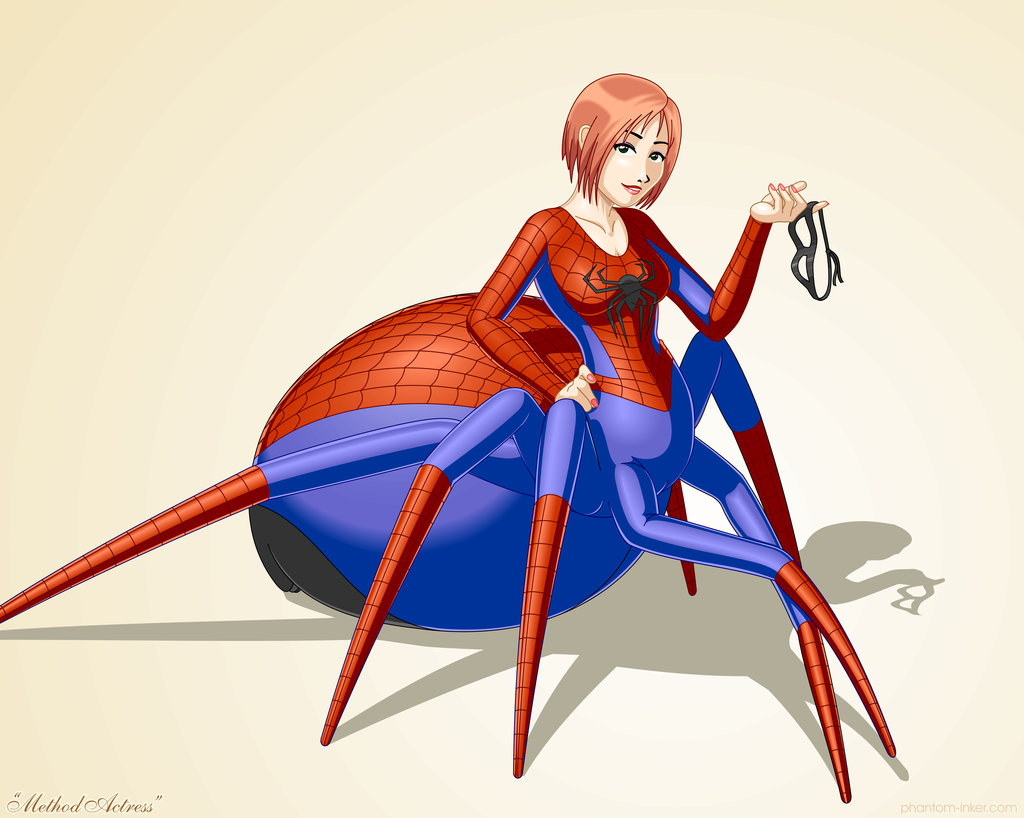 When most people had heard that there was a sequel coming, they groaned. The last movie had been a box-office bomb... but then rumor began circulating that Roxy was going to star. Roxy, so-famous-she-only-needed-one-name Roxy. She was the best actress of her generation, a genius whose brilliance hadn't been matched in years, and beautiful to boot, and if anybody could pull the franchise out of the trash, she was the one.

But then she began making odd demands, changes in the story, and she hired a bunch of weird occult people on the studio's dime, and there were strange lights coming from her hillside mansion every night. When she finally walked onto the set that fateful day, the director swallowed hard as one of the producers passed out: Maybe asking Roxy to play Spider-Girl wasn't such a good idea after all.

Well, after nearly a year, this is finally done, and it turned out pretty darn well, even without a complex background. Roxy came out lookin' pretty hot, I think, and her pose speaks for itself.

I have no idea really how many hours went into this. I worked on it an hour here and an hour there, and it's probably in the 50-ish or 60-ish range at least.

This is dedicated to my friend Anne, who loved the early rough versions of this. Anne recently dislocated her elbow (I didn't even know that was possible!) and has had weeks of physical therapy to recover from it. Here's hoping you feel better, Anne!

I get the song "Roxy Hart" stuck in my head every single time I see this picture >.>

This is available as a print over on deviantART, and to show some of the detail in the print, here's a closeup of Roxy's face.