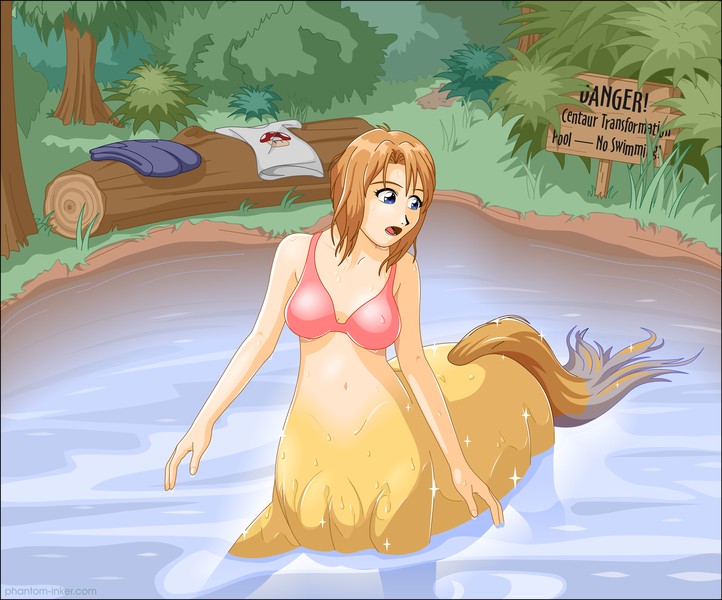 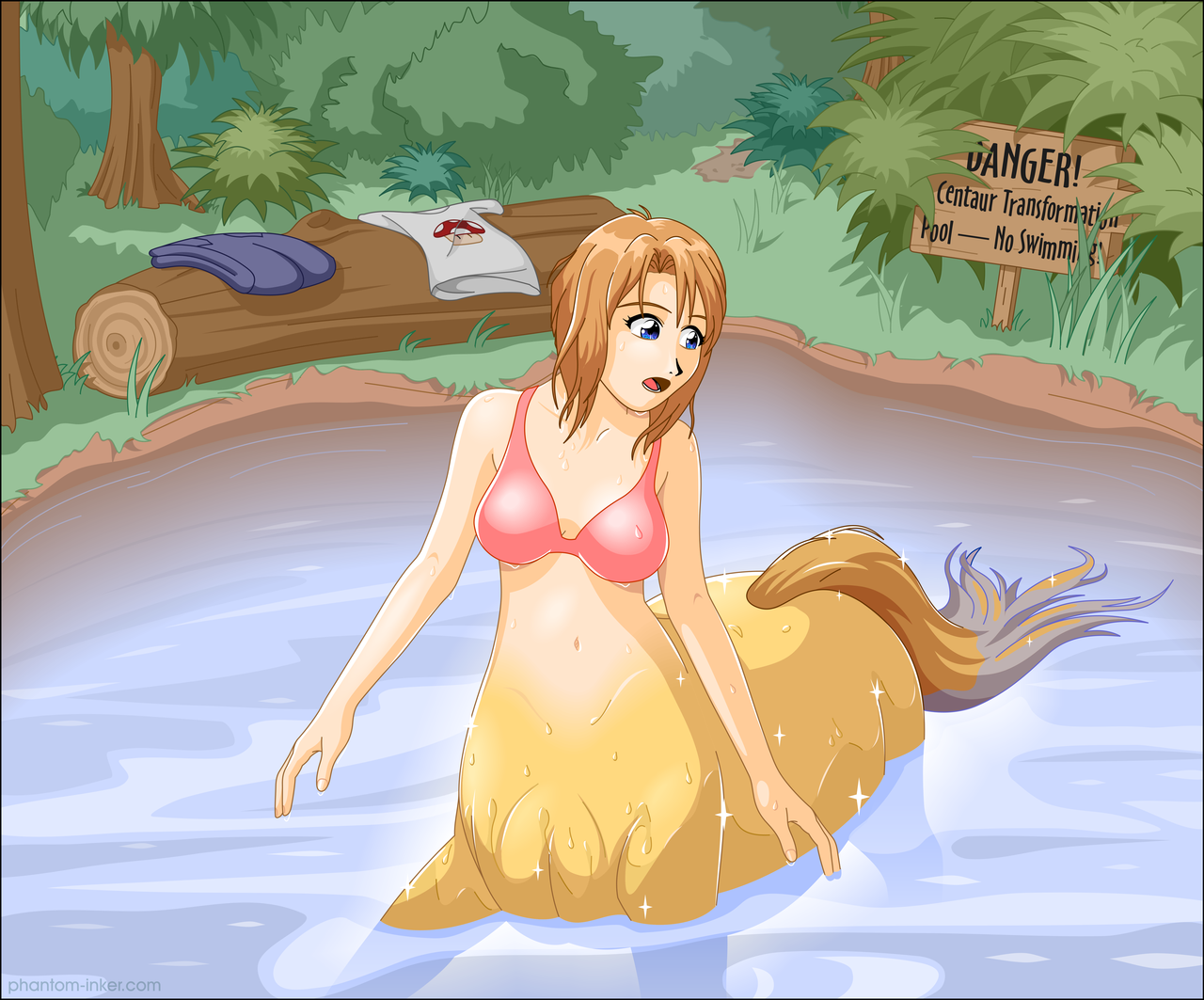 Melanie hadn't been having the best of days. The weather was too hot and sticky, which meant that hiking was definitely not the best way to spend her time, but she wasn't going to waste one of her precious vacation days this week just because the weather was bad. And then there was the stone in her hiking boot and the nasty little blister that grew from it. But at last, things seemed to have gotten better, because high up in these hills she found a hidden spring, cool and refreshing, surrounded by thick undergrowth. Nobody could possibly be around, so she quickly stripped and dove headfirst into the cool, soothing waters. Surfacing on the far side of the pool, though, she saw a furred body trailing out behind her, and then she saw the warning sign buried in the bushes: Her luck was three for three today... but at least the blister was gone.

This is the PG-rated "clothed" version, which some people might prefer. You can find the original "topless" version here.

I asked my fiancÃ©e to hunt through some photographs a few days ago and pick one out, because I wanted some artistic inspiration, and she found a picture of a woman walking through the water and suggested that she would look really good as a centaur. Songbird picked out a hairstyle for her, and when she described what she was thinking, I immediately matched it in my mind with a great drawing by the incredible Ric Quiroz that I'd seen some years ago, and this is the result.

In Ric's picture, the woman saw the "Mermaid Transformation Pool" sign, didn't think it was real, and jumped right in. In this, well, poor thing, she couldn't see the sign under all those bushes. Oh, well, there has to be a cure in these hills somewhere... right? Right?

I'm dedicating this picture to Ric, whose works have inspired me for years, and who is now having a hard time drawing because he was diagnosed with ALS (Lou Gehrig's disease).

The lineart was, in total, about six or seven hours of work, and then the coloring part was about another thirteen or fourteen hours, give or take a little bit of wrestling with CorelDRAW.

(This is entirely vector art in CorelDRAW from start to finish, but I had some real headaches trying to export it because of bugs surrounding CorelDRAW 11's implementation of lenses and PowerClips: If you use lenses, you're likely to run into a bit of trouble, and CorelDRAW (and Corel Photo-Paint) crashed several times trying to handle this, mainly because (A) the exported version is incredibly large so that it could be able to be a print, and (B) lenses make CorelDRAW unhappy. So in truth, I exported this as several separate chunks and then overlaid them in Photo-Paint to keep CD's exporter from crashing. But it's still all vector art, and if CD hadn't been so cranky about exporting, I wouldn't have had to do any bitmap work at all.)

And apparently, in addition to liking hiking, Mel's a gamer. Who knew?

Ric needs your help! Please donate to support ALS research! There's a cure out there somewhere, and you can help us find it!