Wrath of the Sorceress 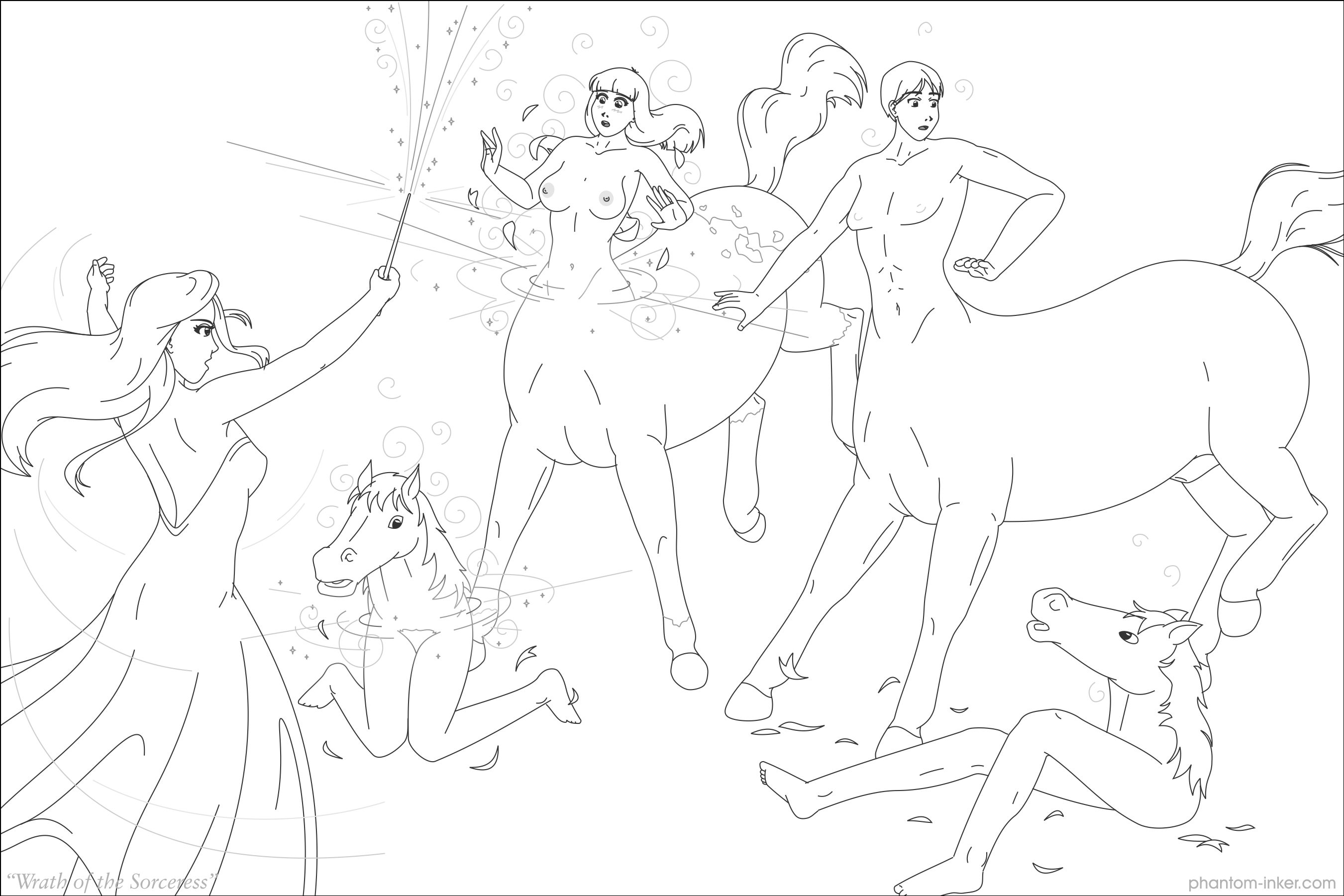 There will come a time when the sorceress Amedrine will be better known as the Violet Witch, when her army of nightmare monsters and chimera are a scourge upon the land and all the Gallant Knights are summoned to stop her.

But today is not that time. Today is the day when the Mages' Council rejected a girl with talent and ambition, when the men scoffed that a young woman could sit amongst their ranks. Today is the day when a spurned girl â€” with far too much magic power â€” in her anger expanded the ranks of the centaurs and mermaids, created the first of the lamia and manticores, and transformed another angry young maiden into the Queen of the Driders.

And today is the day when Dak and Sakki, traveling down a road, would find their futures ever altered. In time, they would grow accustomed to their new lives, and would even come to accept it; and one day, Sakki would be known as a Revered Matron in the Kingdom of the Centaurs. But today is not that day: Today is horror, today is confusion, and today is the start an uncertain future, wrought at the hands of the sorceress's wrath.

That's likely way more storytelling than a simple body-swap transformation picture deserves, but it's what's in my head.

I've used the name horsling for years to describe the bizarre creatures created from the leftover parts when a centaur is made, and I really think the name fits.

Like halfling or princeling or duckling, the -ling suffix suggests a diminutive (small or partial) form. Wiktionary seems to think that horseling is a real word, but I can't find any other major dictionaries that agree, so I feel comfortable in using a variant of it to describe these weird not-centaur creatures. In truth, horslings are no less functional than any other magical monster â€” and they're almost biologically plausible, since there's enough room in there for lungs and a heart and stomach and other internal organs; but it still looks a pretty awkward existence. Not that centaurs aren't exactly awkward creatures either >_>

Anyway, this is the result of several days' worth of morning sketching after seeing one of my favorite artists draw something similar, and I managed to get it to the point where it's basically a complete picture, so here you go.